Skrillex Wipes His Instagram, & Fans Are Excited Over The Hope Of New Music

Clearly, the trend means something is happening.

Now, Skrillex has wiped his whole Instagram. Last June, he wiped nearly all of it, but this is the first time that we know of that all posts are gone, and the profile picture depicting a prompt to “add music here” is fueling the rumors of new music coming soon.

Already there have been teasers of collaborations with J Balvin, Kid Cudi, and josh pan floating around, so take your pick as to which one we could be seeing first.

Either way, one Reddit commenter put it best, we just hope it isn’t another NFT. 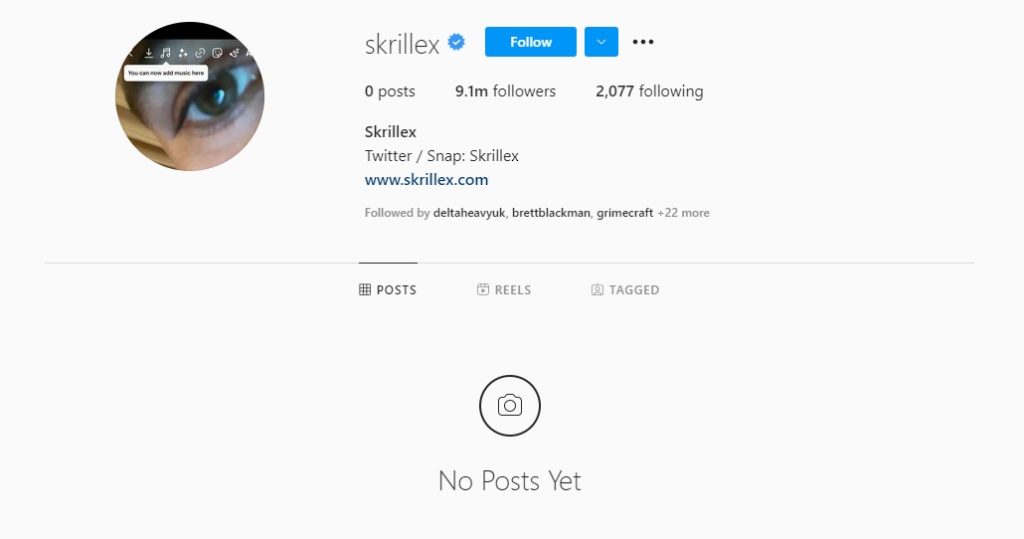