by Your EDM Staff
in Editorial, Editorials, For the lulz

Are you sitting down?

A New York company called Fuzipop arranges club events around some of New York’s most prestigious venues, for children ages 6-12.

If you read YourEDM on a somewhat frequent basis, you already know about the incredible objectivity possessed by some of our writers. I’m still impressed by the light shed on Paris Hilton’s DJ career, but this is not one of those silver lining stories.

Fuzipop’s monthly event seems rooted in good intention; alcoholic drinks have been replaced by juice boxes (though there is still a cash bar for parents), and songs about ‘turning up’ have been swapped out with nursery classics like “What Do The Foxes Say?” Even a nine-year-old DJ spins on the decks. Still, there is something inherently wrong with pitting kids and parents, the two least populous age groups known to club life, together in an environment like this.

The company defends itself in a mission statement: to “inspire the next generation of DJs, music producers, artists, dancers and music business moguls.” But did any of the world’s top DJs suffer from a lack of inspiration growing up? Did Armin’s parents need to expose him to a pseudo-club before he even reached puberty? Did a young Hardwell miss his chance to ignite the world because he never raged with his parents? No, but a more pressing question already lingers: will Fuzipop scar any children for life, including ones who would otherwise grow up to love electronic music?

This is the cringe-worthy next step in a culture of parents who insist on living “vicariously through their children.” But the coolest guardians a kid can have are those who support the next generation without invading it themselves.

Let’s take a closer look at some of the more telling faces in Fuzipop’s promo photo: 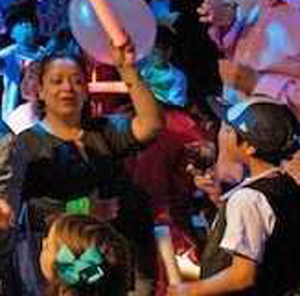 She loves the idea of a kid-parent club rager too much. I’d like to believe that’s her son staring back, overwhelmed by the awkwardness of “dancing” with his mom. 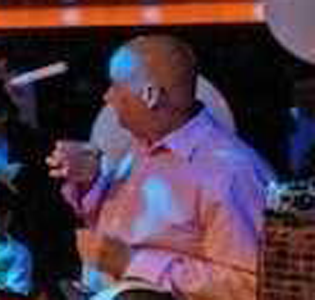 He dons a side profile of sheer hopelessness. There is definitely not enough of whatever he’s drinking left at the bar. 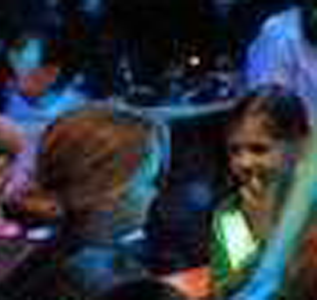 These analyses are based on interpretation of course, but doesn’t this look like a group of kids who are… bored? Maybe plotting an epic game of hide and seek instead of getting buckwild with people 10x their age?

The moderately disturbing notion of hitting a club to “let off some steam” with a single-aged child doesn’t mean there’s no hope for bridging the gap; it’s just not appropriate, period. But there are plenty of other valid ways a parent can enjoy electronic dance music with their kids. Example? TAKE YOUR KID TO BASSLIGHTS.

Unlike my speculation above, it’s clear this girl is having a great time without the risk of a parent spilling their martini on her. The all-ages event features mindblowing performances by Bassnectar, Pretty Lights, and other talented artists who only wish to inspire, not condone scandalous behavior with underage children. There are also a number of all-ages festivals each year including Coachella, Electric Forest, and Wakarusa – don’t risk scarring your child’s idea of a party forever with Fuzipop’s social experiment.

Electric Zoo To Beef Up Safety Measures In 2014

Electric Zoo To Beef Up Safety Measures In 2014