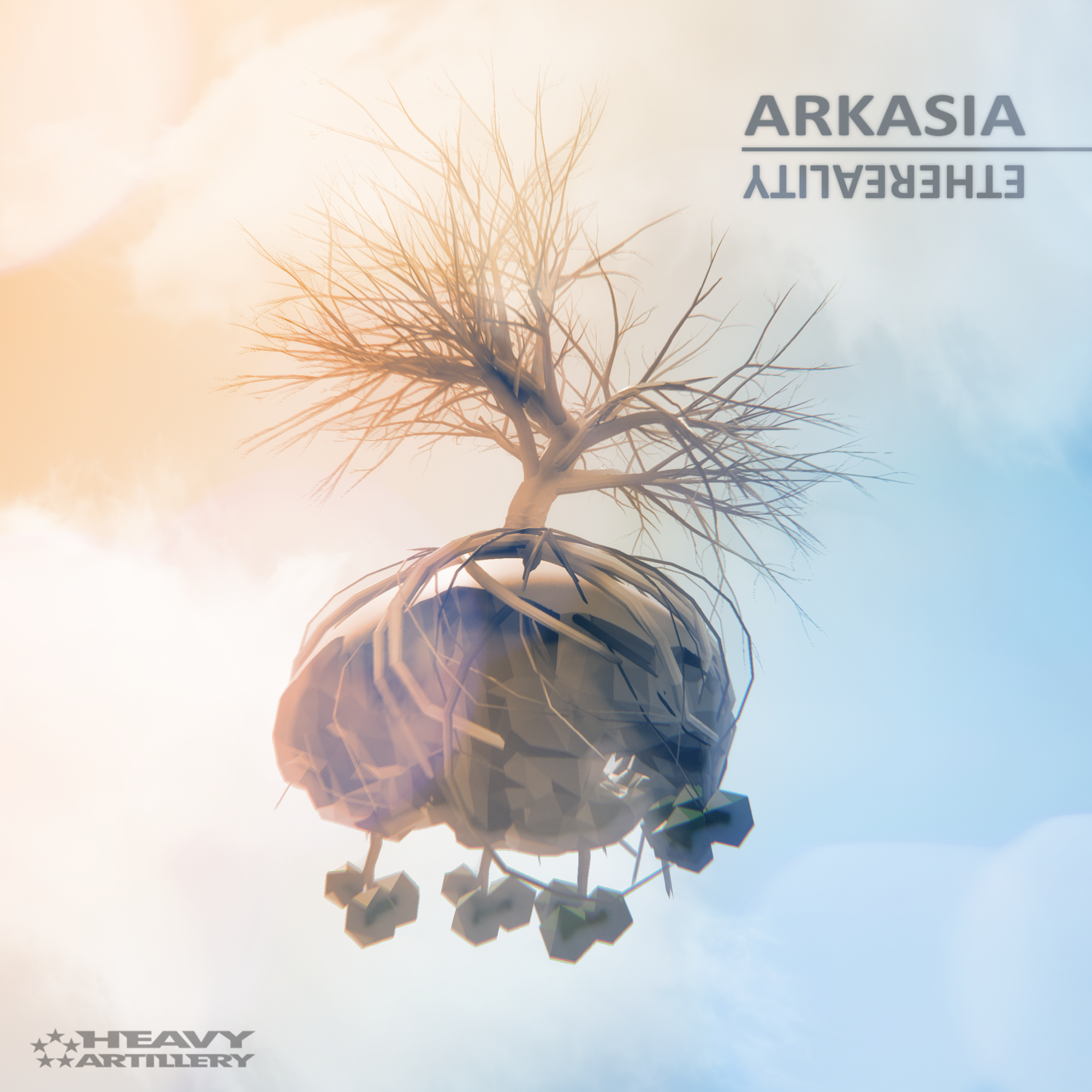 The innovative French producer Arkasia has just dropped his fifth studio album, titled Ethereality. A glorious musical journey through a vast array of genres, this LP has been snapped up for release by the highly respected Heavy Artillery.

This artist’s continued forward thinking in his track production is clearer than ever with Ethereality, and there is orchestral, glitch hop, drum & bass and dubstep covered across the twelve tracks.

CHECK OUT OUR REVIEW OF HIS LAST ALBUM, ELECTRONIC SYMPHONY.

Our favorites include the powerful “Journey To Space”, the incredibly epic “Analogue Delirium” that serves as a fitting opener and brilliant “No More Fear”.

As well as picking up this album here, Arkasia has also developed his own game – be sure to have a go.

When did you first realise you wanted to be involved with music?

As a little kid, I wanted to learn piano and started playing violin at 5.

If you could have any artist, dead or alive, in your studio for a collaboration – who would you choose?

If it has to be only one, then I would say Björk. ‘Homogenic’ was a revelation to me, it changed my life, and Björk’s voice will always be to me the most beautiful voice on earth. Working with her would be a little kid’s dream becoming reality, and in most of the tracks I compose I always hear her voice on top.

What has been the production you are most proud of?

‘Angel’ is the one I relate the most on many levels.

Do you have any weird rituals when in the studio/when DJing?

In the studio I like to isolate myself from the world as much as possible: no phones, almost no social media. Before playing on stage I usually sit behind all of my gear, eyes closed for a couple minutes just trying to make the void inside.

How long did the album take to create?

I started working on early tracks just after ‘Electronic Symphony’. The major composition part was done after the ‘Indiegogo’ campaign was completed, it was a big creativity boost!

What was the main inspiration behind it?

The ‘Indiegogo’ campaign really gave me a big push emotionally. Lots of ideas came out after that! All the support and love was really amazing!

Where do you see your sound developing in the next couple of years?

I actually have no idea and I have to admit that I kind of enjoy it. Everything just depends on the moment, let’s see where it all leads!

You can purchase Ethereality here.