Anyone who’s seen Porter Robinson Live since the inception of his Worlds tour will understand when I say it is a mind-crumbling experience. Porter’s acclaimed maneuver into new territory has earned him commendations the world over, but it didn’t come without risk. “I accepted the fact that whatever I did with this album was gonna alienate people and hurt my career. But my discontent with EDM, electro, and DJing had come to a head,” says Porter of his career trajectory. “I needed to seriously reframe the way people were thinking about my music. There was this dark period where I felt the need to explain to people why I wanted to change, because I didn’t want it to seem as if it was coming out of left field or that I’d gone crazy.” Despite these hardships, Porter Robinson has achieved what few artists can ever claim in his pursuit of a comprehensive sound and aesthetic.

Now, I’m not purporting that Porter Robinson and Daft Punk are the same, nor do I believe Daft Punk (or any artist) is replaceable. I’m only encouraging a more in-depth look at the profound impact Porter’s live show has had on the entire spectrum of electronic music, which I find to resemble Daft Punk’s achievements with Alive.

Also, it’s unfathomable to think either of these artists would be what they are today without incredible teams supporting their artistic endeavors, and these unsung heroes deserve to be included in their successes. Here are five reasons why I believe Porter Robinson’s team and their creative genius are on the same tier as the legendary French duo. 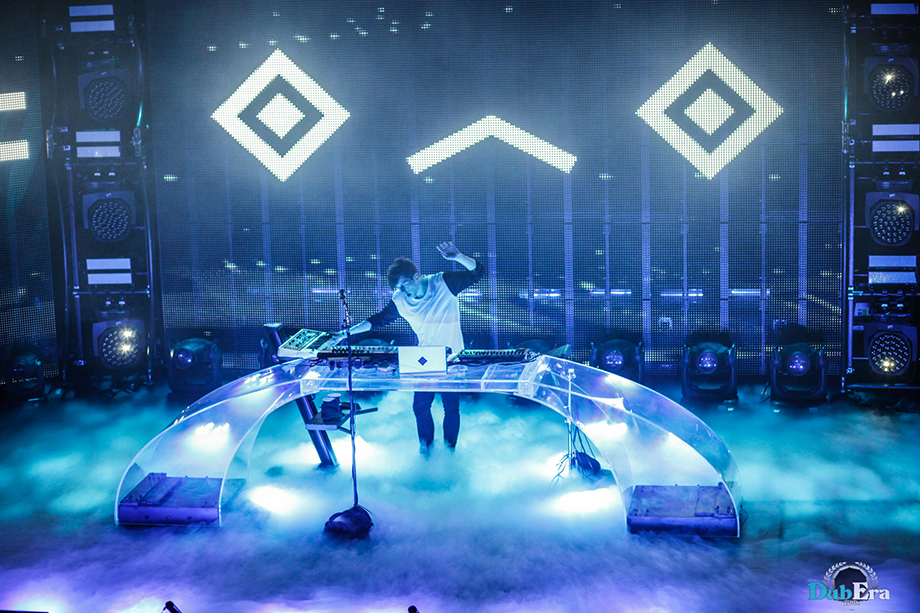 5. Porter ditched what was popular in favor of creative freedom, choosing to sign with a label that understood his vision.

In both Daft Punk’s decision to sign with Virgin Records and Porter Robinson’s contract with Astralwerks, they valued creative freedom over monetary compensation. Read these quotes to get an idea of how eerily similar these artists are in their ideals.

“Many record companies offered us deals. They came from everywhere, but we decided to wait-partly because we didn’t want to lose control of what we had created,” recalls Thomas Bangalter of Daft Punk. “We turned down many record companies. We weren’t interested in the money, so we turned down labels that were looking for more control than we were willing to give up. In reality, we’re more like partners with Virgin. We’ve got much more control than money. You can’t get everything. We live in a society where money is what people want, so they can’t get the control.”

Similarly, Porter waited to sign with anyone until it became clear that Astralwerks understood what he aimed to accomplish. “The thing that was most critical for us in deciding which home to have was that they get the vision. There are a lot of labels out there that want to have the next big EDM thing and that’s totally not what the album is about at all. There were a lot of contenders for trying to get this album and trying to sign me overall. We’ve been super clear from the get-go that the music has to come first and it has to be done in a way that’s totally free. And whatever you want to offer us for that, great. And if you want to give us a record deal, awesome. And everyone still seemed to want to. I think we were able to structure things in a way that were really favorable and kept me totally free. I have final cut on everything.”

Astralwerks went on to describe their agreement as “a long-term and multi-faceted partnership,” indicating intent to support more than just the music of a single album… Sound familiar? 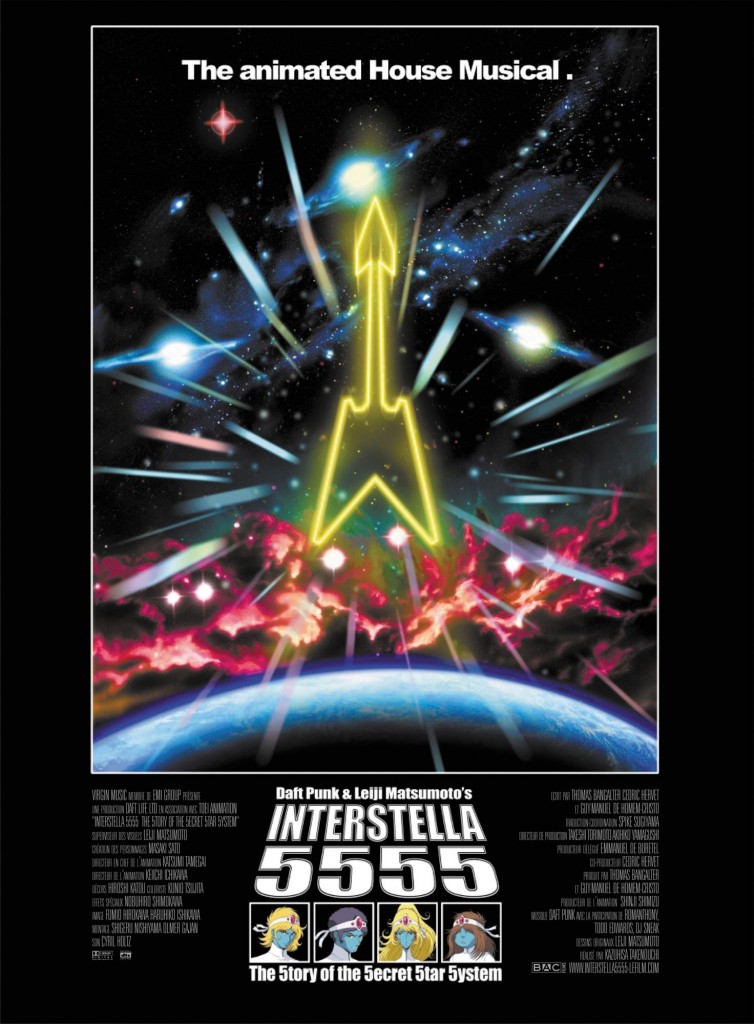 4. Worlds creates an entire animated universe for the audience to explore.

Any Daft Punk fan harbors unprecedented love for the animated Interstella 5555: The 5tory of the 5ecret 5tar 5ystem, which provides a storyline to give 2001’s Discovery context. While the animation didn’t see any stage time during Alive, the animated characters and charming fiction have cultivated a dedicated fan base which the duo couldn’t have dreamed possible. Both Daft Punk and Porter Robinson have taken to their own devices in exploring these fictitious realms, resulting in many a fan made video paying homage to the constructed worlds of their favorite artist.

“We created a wild visual universe for Porter Robinson’s Worlds tour – combining anime with pixel art and glitched out Tumblr-inspired CG into epic landscapes and storylines. A huge cast of animated characters explore love, longing, and adventure in a series of fantastic alternate realities,” says Invisible Light Network on designing the Worlds animations. “These visuals have lived on in the huge online community of Porter Robinson fans – most directly on Tumblr. Fans have recorded and re-edited the visuals into animated GIFs. This was quickly followed by original fan art based on our characters and worlds. A few even went to shows in Worlds cosplay.”

3. The live performance is an immersive audiovisual journey.

Everyone knows the Alive pyramid. Everyone. And everyone remembers certain moments in Porter Robinson’s live show. From the translucent altar on which he plays, to Japanese transcriptions and the metallic bass-orb, the experience is filled with memorable segments that make a weighty impact on every member of the audience, just as Daft Punk’s iconic pyramid production did nearly 10 years ago.

Martin Phillips of Bionic League, the mastermind behind Daft Punk’s pyramid, elaborated on his envisioned concept for the famed Alive shows. “We talked long and hard about giving them the ability to freestyle through the show, and what kind of communication technology we would use to sync light and video to the music. As we progressed, what I was trying to sell was the idea of trying to present a show that had a beginning, middle, and an end.”

2. The Worlds emoticon is nearly as iconic as the robot helmets.

While Porter doesn’t mask his identity, it’s no secret his infatuation with Asian culture has made an impression on his music. From his early introduction to the scene through Dance Dance Revolution, to the harsh Japanese lessons of “100% In The Bitch,” he’s continually honed that inspiration to a precise aesthetic. In Worlds, he personified it all with 【=◈︿◈=】.

Similarly, Daft Punk has never hidden their love of the 70s and 80s, drawing inspiration heavily from disco and science fiction, which makes sense for their love of robots. They simply wore the helmets because they thought it was cool, and the rest of the world built the robotic mystique into what it is today.

Fans of Daft Punk have been enthralled by the live remixing of their favorite loops and samples for years. Using an intricate combination of tools, the duo created a fresh sonic adventure using original material and repurposing it in fascinating new ways. Porter Robinson does the same in his live show, sprinkling fan favorites throughout the performance and twisting beloved sounds into exciting new productions that leave the audience breathless.

Porter knew what he was pursuing with Worlds, and realized it would be asking a lot of his fans to trust him in this endeavor. Bangalter felt the same about Daft Punk’s infamous Coachella show, “We like the idea of trying to be pioneers, but the problem with that is when you’re too much ahead, the connection doesn’t really happen at the time. At Coachella, we still may have been five years ahead of people, but the connection was happening at that moment. It was the most synched-up we ever felt.”

People are going to be talking about Worlds, and what Porter Robinson has created with his live show, for quite a while. His ingenuity has already earned him a place amongst the electronic elite, and he’s only 22 years old – we’ve got a lot to look forward to. If you haven’t already, don’t miss the chance to see Porter Robinson Live.