The Full Flex Express Tour is making a serious comeback. After logistics complications prompted its cancellation in 2013, Skrillex has now revived the idea with a vengeance. The tour boasts an absolutely stacked lineup, rife with an eclectic mix of artists ranging from Tycho, Zeds Dead, Anna Lunoe, Jack Ü, and more. It’s a welcome toast to the homies up North who don’t often get the opportunity to see their favorite artists.

Still, Skrilly hasn’t forgotten about the rest of his fans. Thanks to a partnership with Live Nation and Yahoo, the entire world will have the chance to party along via live stream for the Toronto stop on July 11th. Starting at 4:00 pm EST, the online audience can tune in via Yahoo Screen on any number of devices, including: iOS, Android, mobile web, desktop, and Smart TV platforms.

In addition to the live stream announcement, the tour has partnered with Primary, Ryan the Wheelbarrow, and Reed Van Brunschot to provide holistic visual supplements to each stop. Aiming to bridge the gap between audience and artist, the installations and features will rely heavily on audience participation. Ranging from tree carvings to limited edition silk screen artwork, these components will provide a remarkable addition to the tour. Large scale inflatable sculptures will also be present, employing motion which identifies with the sounds of the Full Flex tour.

Check out the official website for more info. See you on the 11th! Until then, I’ll be patiently sipping whiskey in hopes of a growing a commendable Canadian neck beard. 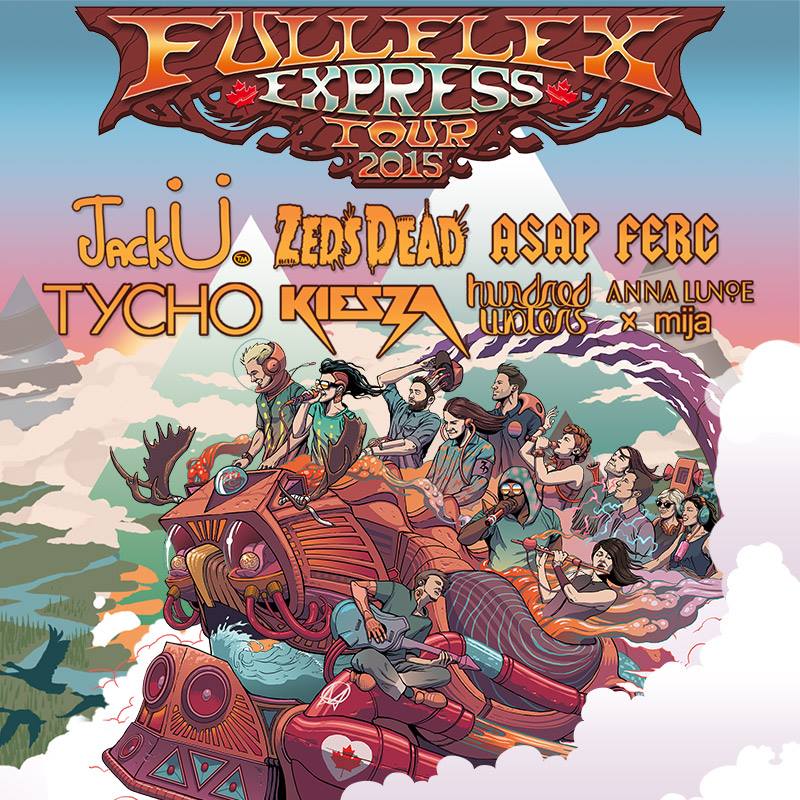