Drugs and music festivals have always gone hand in hand, and in many ways serve the same purpose to those involved. In a recreational setting (and for a specific type of person), the ability to transport oneself into a different and euphoric reality for a short period of time in order to experience something with a more open mindset and with the freedom to ‘be’ without ‘doing’ is most easily accessed through the use of substances or large-scale music events. Both force the user to focus almost entirely on the adventure at hand, and to exchange the rigid boundaries of identity for the collective unity of community. They can be beautiful and eye-opening affairs when done safely and responsibly.

Music festivals can also, however, become opportunities for those with a profit in mind to severely threaten and disrupt the ideally sacred atmosphere of such events. I speak, of course, of those who show up to the grounds with pockets full of drugs to sell, one eye locked on sprinkler-setting for nearby security, and the intention of earning as much money as possible during the weekend. These festival sellers bring with them an entirely new breed of danger and disruption to an occasion that isn’t without its own inherent risks to begin with. They are a group that few talk about, as they are most commonly perceived as an insignificantly small part of the greater drug problem at hand. Their interactions with our country’s festival scene, however, are far more detrimental than one would expect.

John H. Tucker of The Village Voice published an extensive article on the subject in 2010, centering his attention on an East Coast group of NOS-slinging balloon junkies, affectionately labelled as the Nitrous Mafia. While the inhalation of nitrous oxide, or ‘whippit’, is a somewhat distant method for the typical EDM festival attendee, the effect this gang has on the circuit is just as relevant toward our understanding of the larger issue. The following information specifically covering the Nitrous Mafia has been taken exclusively from the Village Voice’s piece. 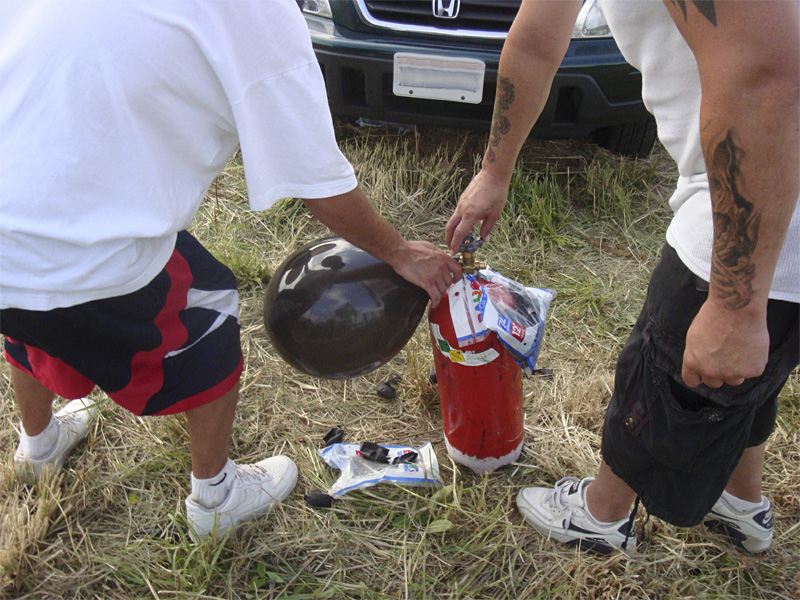 The elusive and surprisingly organized group of nitrous dealers is split between Boston and Philadelphia. Approximately 16 members resided in Boston during 2010, with even more in their sister city. Their stomping grounds, located on the outskirts of concert venues and festivals, could be discovered by listening for the telltale hiss of a metal canister being hastily emptied. If you think that a middle-aged man walking out of Party City with a cart full of balloons and heading to a grass field to hand out laughing gas to late night music lovers doesn’t seem like a very profitable (or sane) way of living, however, you’d be dead wrong.

With enough manpower, and some finesse, the gangs were often able to sneak hundreds of tanks into the campgrounds. At 350 balloons per tank, sold for $5-$10 dollars each, the Nitrous Mafia would walk away from a festival weekend with over $300,000 in their pockets. The canisters themselves would usually be bought for $75, and could be flipped for over $200 were an ambitious camper too impatient to wait in line for one balloon at a time. “Mad adrenaline, mad money, mad pussy,” responded one dealer when asked why he first got into the business.

I liked to store them inside box springs. We’d strip out the bottom and stash six cans inside. Then we’d lay it back down, put a mattress and blanket on it and make the bed. Security would open the back of the U-Haul, see a made bed, close the door, and let us ride right on through. We’d laugh our way through every check point with three f***in’ tanks underneath the car.

With this level of profit, and the effectiveness of operation, it’s no wonder that those with the necessary know-how joined the Mafia. At six men to a tank, their methods brought them significantly more success than failure in the short term. Richards of Umphrey’s McGee describes just how efficiently they worked:

It’s frighteningly organized. They know how to hide and get out of a scene very quickly. I’ve witnessed them set up for 10 minutes and make thousands of dollars selling balloons. And as soon as security and police converge on a location, they’re gone. They disappear. They think things out very clearly about how they’re going to escape certain situations.

Despite the chaos and confusion of attempting to deal with sellers like these, one thing remains clear: they’re damn good at what they do. By analyzing their physical environment, it’s easy to see how they can get away with it with such ease. In the vast, widespread locations that music festivals are held, whether it be an open field or buildings amongst endless city streets and alleys, there is almost always a noticeable lack of on-site security. They station themselves at the entrances, to prevent the people from sneaking inside, but some 100 feet away from either side of the gate it becomes relative free reign. The few, $8-an-hour employees that they do have patrolling the campgrounds are unarmed, and usually too ill-equipped to even direct you to the right area if you have an issue. To try and effectively outsmart a festival seller is an impossibility for most staff security, let alone if they actually manage to enter the crowds within. 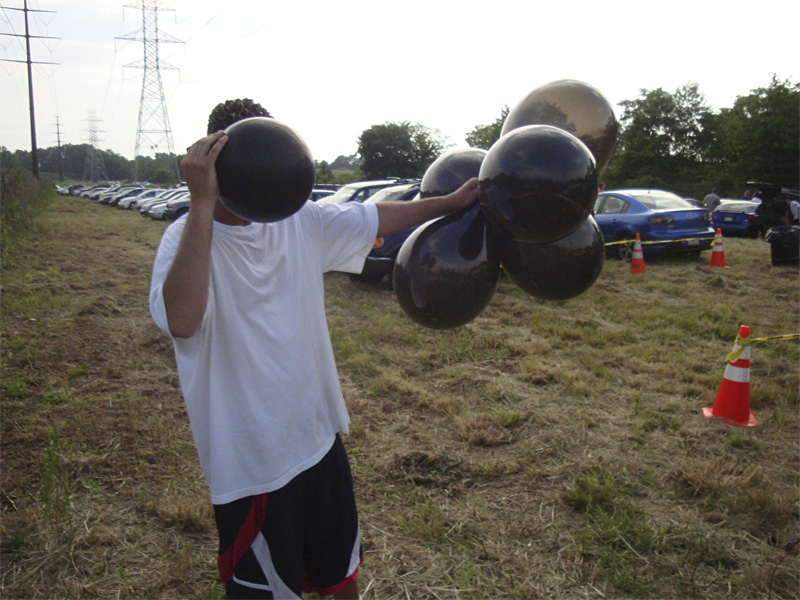 Then, there is the organization of groups like the Nitrous Mafia. When hundreds of thousands of dollars are at stake, people like this leave little to chance. A triangle of at least three members will often stand at a perimeter of about 20 feet to check for security or police and to notify the other few handling the distribution, lines, and money transfers. At a moment’s notice, as described by Richards in the above quote, they can pack up and disperse into anonymity, evading anyone attempting to thwart their operation.

Finally, there are the festival attendees actually purchasing the goods: the perfect targets for such a business. The people walking up to the stages have voluntarily paid money so that they can pack in with thousands of others to hear nonstop, ear-shattering music and stare at immense stages with strobes, sets, and other effects for three whole days. It isn’t a tough sell.

Sometimes, it can even get out of hand. Bassnectar‘s tour manager Elliott Dunwoody remembers seeing one fan trying to put his mouth on the tank’s nozzle to catch any excess escaping gas.

He actually tried to sip up the bit of nitrous that gets released after they pull the balloon off. The kids beat him up.

The systems used by festival drug sellers hold common outside of the East Coast and extend far past the sale of just whippits. If you’ve been to a show or festival at any point in your life, there’s little doubt that you haven’t been approached by someone offering you their product. For me, it usually happens when I’m deep in the crowd at a stage. A wide-eyed kid with a backpack will eye me up and down, and quietly ask if I’m looking for anything. When I say ‘no’, he’ll quickly shoulder past and move on to the next potential buyer. For those desperate enough, or already too absent-minded to think twice about purchasing illicit substances from a complete stranger looking for cash, kids like this present a perfect opportunity to potentially ruin your entire evening, or worse. 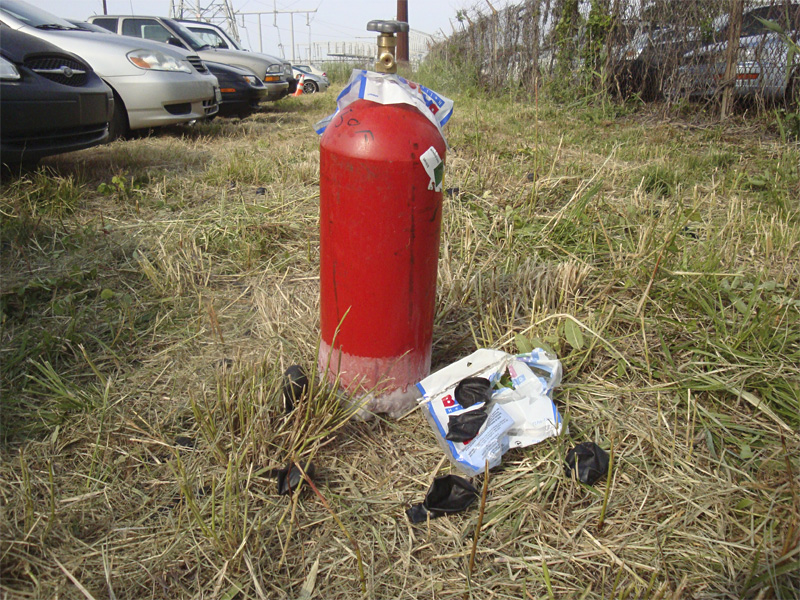 So, how are these sellers disrupting the festival scene? To begin with, along with illegal transactions of drugs always comes the greatly heightened potential for violence. Opposing groups of dealers can fight over specific territory and clientele, arguments with buyers can turn hostile, and security involvement usually results in something other than a quiet single-file line into the cop car. In a location where the safety of tens of thousands rests on the shoulders of only a handful, these breakouts become a serious point of distraction for those hired to keep the peace. Music festival environments are not places that can spare this focus.

There is also a very present danger in the actual products being sold. With no knowledge of the drug’s origin or possible hidden additives, the likelihood of buying cut substances from a stranger stationed at the venue is exponentially higher. This problem is all too real, and is confirmed monthly by the overdose headlines in the news.

Now, there are two possible methods of handling the influx of on-site sellers and seeing an end to their dominion at our events. The first is the less effective strategy. The festival organizers can opt to hire even more security personnel to their ranks, having them patrol the campgrounds and surrounding areas for any sign of illegal transactions taking place. We can direct more money and attention to their presence, and attempt to employ a more calculated approach to shutting down their operations. More staff would mean a lower chance of sellers’ success, but given the enormous size of events like Coachella and EDC, it’s unrealistic to assume that we’ll be able to place a set of eyes on every group of people within a 3 mile radius of the venue. This is why the second method should be put into effect, and it’s a simple one:

We stop buying drugs from sketchy dudes that stand outside stadiums or polo fields whispering prices to every person that walks past them. The only way that guarantees the end of their appearance is removing the one asset keeping them around. Despite their attendance, the music is not what brings these people out from the shadows. They’ve never heard of the headliner, and they aren’t trying to help their fellow ‘festies’ have a more magical weekend experience. As soon as the money runs dry, they’re gone. Hell, if witnessing a festival isn’t enough and drugs are something that you plan on doing, bring your own. Give them one weekend without a steady customer base at the event, and they’ll be sure to skip it the following year. To preserve the sanctity of our music festivals, and prevent leeches from latching onto our impulsivity and wallets, a change in our own habits needs to be made.

Flume Teases Big Collaborations On Next Album In New Interview

Flume Teases Big Collaborations On Next Album In New Interview