by Your EDM Staff
in EDM News, Featured, Music, Video

Yes, it’s as weird as it sounds. The notorious jokester Dillon Francis has apparently joined forces with DJ/producer Kill The Noise for a massive collaborative effort entitled “Dolphin On Wheels.” Debuted at North Coast Music Festival, the new track is a certified banger – combining a distinctly Skrillex-esque bounce vibe with, you guessed it, sampled Dolphin squeaks and cries for one helluva unique original that we’re just going to call Dolphinstep.

Check out the video below and let us know what you think. Is it too far when jokes meet music, or is this the perfect evolution for EDM’s favorite comedian, Dillon Francis?

P.S. Dillon Francis is actually a dolphin, too. CC his calf tattoo: 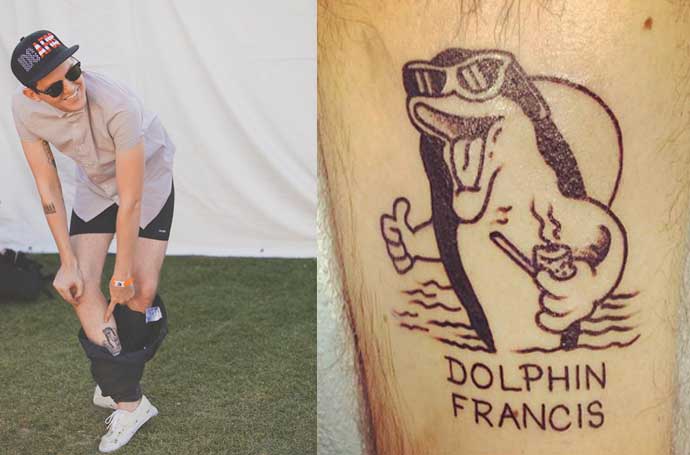 “Dolphin On Wheels” is part of Kill The Noise’s debut album, coming out 10/9. The second single “Kill It 4 The Kids” is out now. Pre-order Occult Classic here.

“Nothing But…” Spotify Playlists Are A Must-Have for Underground Music

"Nothing But..." Spotify Playlists Are A Must-Have for Underground Music