Steve Angello is world renowned as one of the nicest EDM artists around. From his contributions to Swedish House Mafia to his career as a solo artist, his music is undoubtedly filled with love, emotion, and passion – and that stands evermore true in his new album release.

One “fan,” it seems, struck the very wrong chord with Angello, however, and the results were shocking to say the least. Said person remarked on the DJs music as “garbage” and criticized the cheesiness behind SHM’s hit “Save The World.” Before any true fans could come to Angello’s defense, the Swedish DJ reacted himself about as vociferously as possible. Excuse the cheesy font, we found this information thanks to We Rave You. 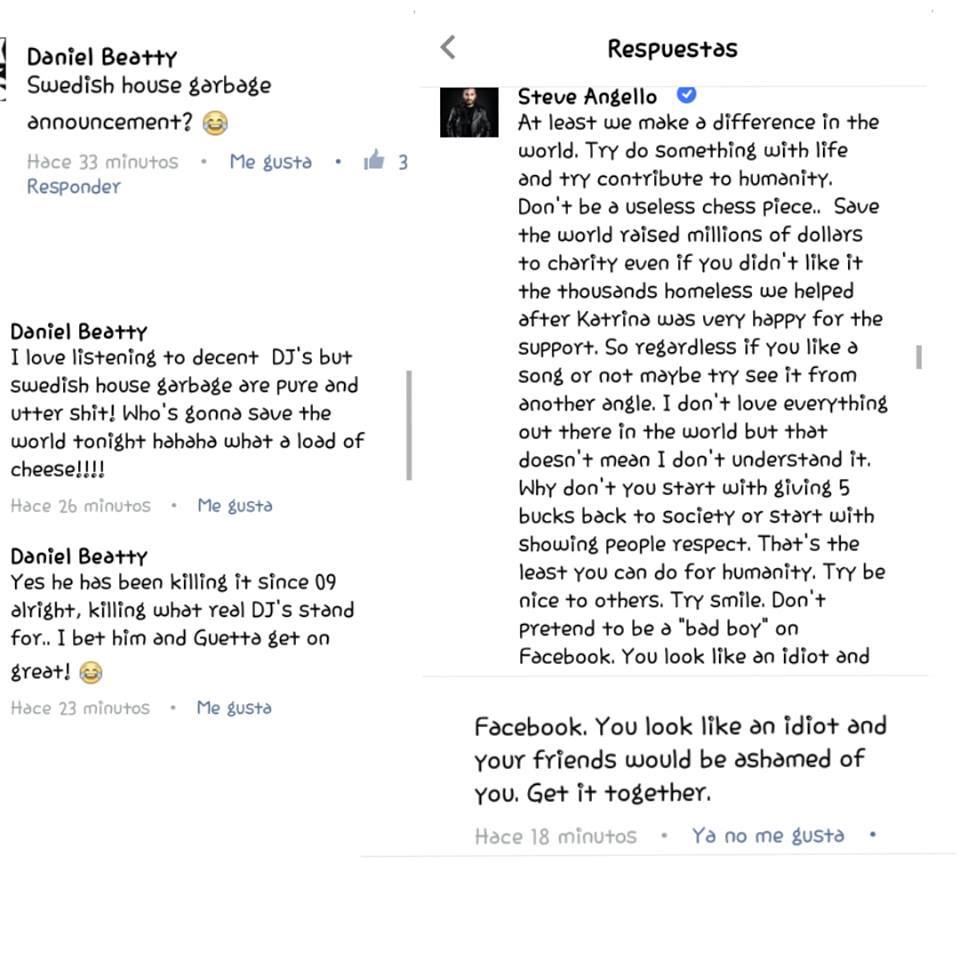 Angello’s response, as you can see, was well composed despite being chock full of anger. It was a brief flash of something all too human from the Swedish EDM star, and something we can surely forgive after reading the hateful comments that incited his wrath.