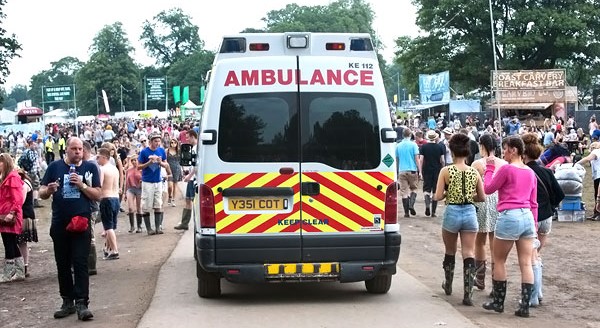 The conversation surround drug use is a delicate one. There are proponents on both sides of the aisle who argue for stricter enforcement of existing laws, or those who advocate for legalization, regulation and education. However, neither side wants to see anyone die.

It’s a shame that Lee Kelly, 19, of Croftfoot, Glasgow, had to pass away shortly after New Year’s, but his mother and grandfather wanted to use the opportunity to give a harsh lesson in reality to Lee’s friends.

After being transported from the O2 Academy in Glasgow to the hospital, doctors attempted to save Lee’s life for two days before he finally succumbed. In the meantime, Lee’s mother Vivien and grandfather Eddy brought Lee’s friends, who were with him the night that Lee collapsed, to the hospital to see his lifeless body – Lee was comatose.

Eddy said, “His friends were sobbing. I was telling them, ‘This could have been you — this is what drugs can do’. I asked them why they would risk doing this to themselves and they broke down in tears. You could tell they were heartbroken. I told them to tell everyone they know what they saw so no other families have to suffer the fate we have.”

Scare tactics are common in schools, with older programs like D.A.R.E. attempting to frighten young adolescents away from drugs. The results are not always effective, though those programs never have a body of a loved one in the room, either.

The family believes that Lee took MDMA at the popular venue, but are waiting on a toxicology report to confirm; they’re also investigating why Lee had such an adverse reaction when his friends did not. Lee suffered from cerebral palsy, and his mother believes it could have been a contributing factor.

If you feel the need to enhance your night, please consider using testing kits on whatever it is you’re taking to rule out any harmful chemicals. Find them here.