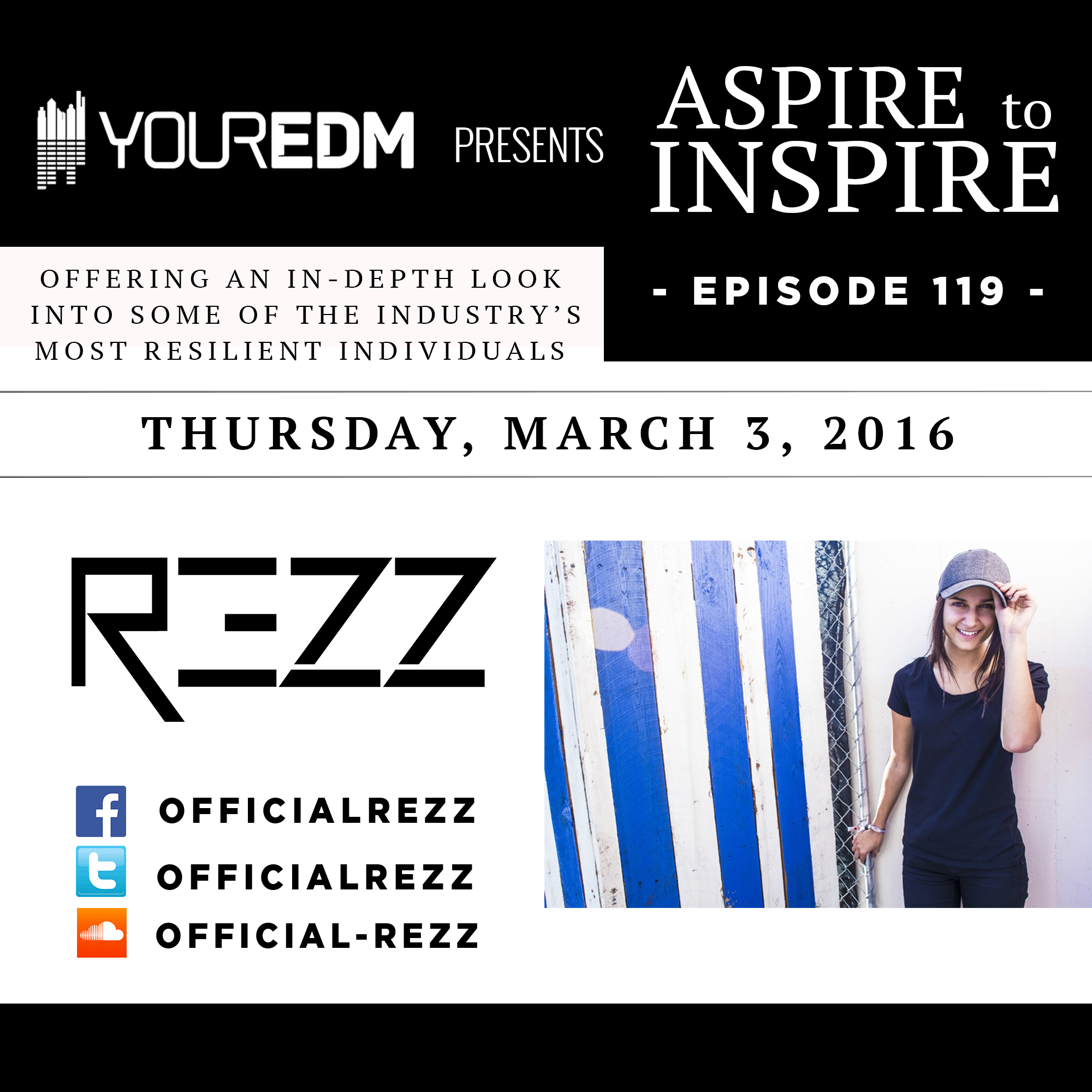 Growing up, Isabelle Rezazadeh, better known as Rezz, never had any lofty goals or ambitions. She was attracted to a simple life in which she could live comfortably without the strenuous obligations of pursuing a passion or career. Music was always something she listened to casually, but it never struck her as more than that. Her favorite bands purely played rock and roll and included My Chemical Romance, Marilyn Manson, and Green Day. One day, she came across a video of Tiësto playing at the 2004 Olympics opening ceremony in Athens – she was entranced. The crisp computerized sounds and grandiose spectacle was something she had never heard or seen before. It was this precise moment that sparked her initial interest in electronic music and ignited an unknown passion within her.

As her newfound interest slowly developed, Isabelle began to attend shows, even if it meant going on her own. At the age of 16, she went to see Skrillex at the open-air venue of Fort York in neighboring city Toronto. Opening act Pretty Lights kicked off the night with his signature bone-shattering basslines and downtempo vibes, as Isabelle peered on from the back of the crowd. She noticed others around her move in synchronized harmony to the slow overstressed rhythmic thump of the bass. It was as if they were connected with the music on a deeper and more intimate level. She could feel it too, and it was the first time she was ever overcome with such an overflowing sensation of feelings towards music, or anything for that matter. She noticed that this type of slow and heavy sound catalyzed a heightened sense of awareness and amplified her feelings.

Slowly, Rezz began to produce music in hopes of re-creating her unique experience from this type of sound. She knew exactly what she wanted her music to sound like and how she wanted it to make people feel. Her dark industrial tech-house sound pushes musical boundaries and could very well be the soundtrack to your nightmares. It achieves the goal in inciting a sensation many of her fans have never felt before, and opens up a whole new world to them. Unlike many artists who pull inspiration from people and other music, Rezz finds creative fuel from feelings. This transfer of raw emotion to sound enables a primal connection to the music and hooks people in a different way than they are used to. With her production skills improving on a daily basis, she now has the ability to incorporate melodies into her music. This allows for her messages to come across clearer, leaving a lasting and profound impact. In life, there are some things that simply cannot be put into language, and Rezz’s music is the perfect antidote for the lack of words.

While her music might carry dark and ominous undertones, Isabelle’s personality does not fit the bill. On the phone, the budding producer is laid-back, gregarious and optimistic – it almost seems as if nothing can bring her down. Dark and creepy things like vampires and zombies had always fascinated her, but overall she was a happy person that never let things get to her for too long. The first time she experienced writer’s block, her fast-paced personality demanded that she break through it immediately. It frustrated her at first, but thanks to her resilient personality, she was able to find a way past it. She learned that writer’s block does not signify that you have no skills, it simply means that you do not have ideas at that time. Her proliferating growth as an artist has shifted the way she lives her day-to-day life. Her confidence doesn’t stem from her appearance or intelligence as it used to, it is now based solely upon the quality of her productions, and you can tell immediately when she is proud of a song she made. In a sense, her music affects every aspect of her life for the better, and pushes her to keep improving her craft.

Electronic music has become the fuel to Rezz’s fire. Her ambitions are far above anything she could ever imagine and you could say her motor is running at more than 100%. Her goal is to make a lasting imprint on the world of music, not because she wants to be remembered, but because she sincerely believes she can create imaginative work that touches people in a way they have never felt before. Just like Deadmau5, Eric Prydz and Gesaffelstein garner respect for their mold-breaking styles, Rezz wants to do the same, and won’t be stopped until she has accomplished that. The drive, passion and skills are all there, and it’s only a matter of time until this young producer establishes herself as a dominant force.

It’s amazing what finding your passion can do for you. The person who once had little ambition or drive is now shooting for the stars ever since her discovery of electronic music. Her rise to success feeds her motivation to new levels, pushing her to produce music to the best of her abilities. Now, people will come up to Rezz after shows, excitedly explaining the new gush of feelings and sensations they felt during her set. Always remember, your passions and inspirations are only a discovery away, and you may uncover them in the most unlikely way.