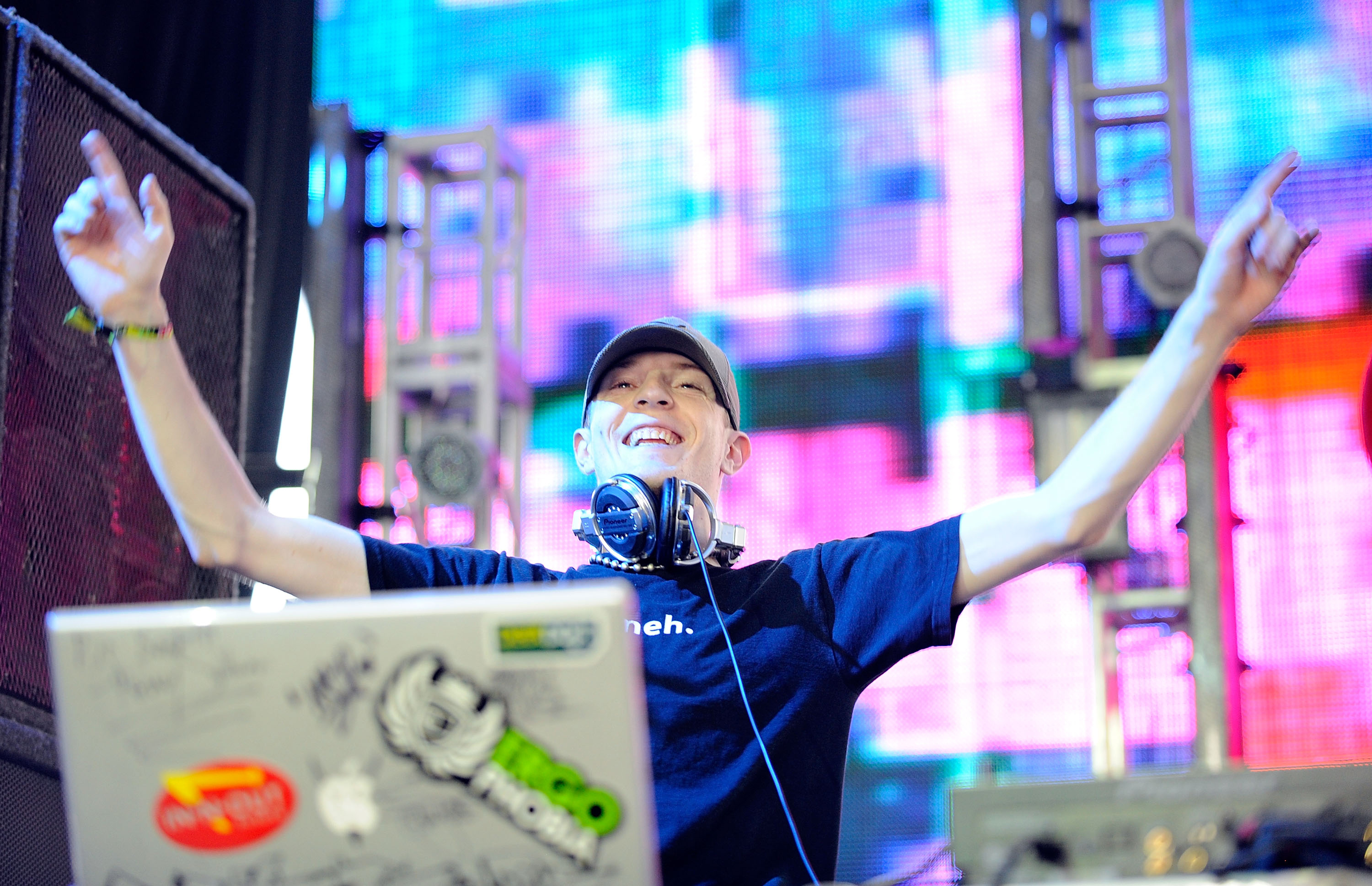 Not long ago, deadmau5 finally put out his first official release in almost two years – “Snowcone.” With serious Boards Of Canada vibes and a callback to his days producing trip hop, “Snowcone” is one of the more true-to-form deadmau5 tracks in recent memory.

Though many were quick to call the track boring or sleep-inducing, it appears that no one likes it more than deadmau5 himself as evidenced by this video of him playing the track live at Free Press Summer Fest this past weekend in Houston, TX. When the song drops in the video, Joel can clearly be seen rocking out to his own mix, getting really, really into it. And why shouldn’t he?? We think it’s a pretty dope track, too.