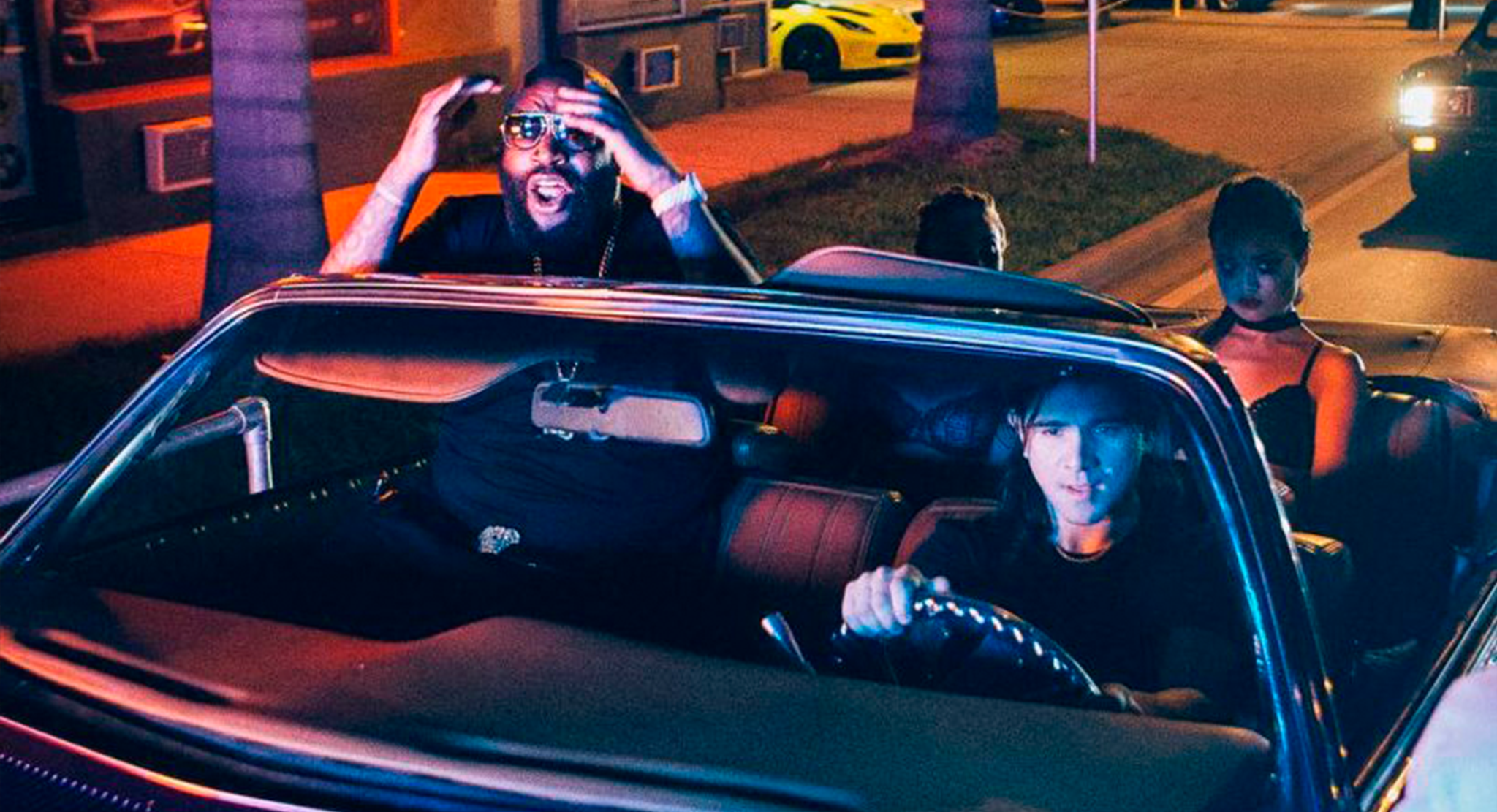 Roughly a week ago, two legends released one of the most highly anticipated records of the year. Rick Ross and Skrillex took the music world by storm with the anthem for the upcoming blockbuster Suicide Squad, “Purple Lamborghini.” We have seen a lot of the hip-hop & electronic music collisions before, but this chart-topping tune is a major step in the right direction for the merging genres.

But just when we thought we had ourselves gathered after all the excitement, the remixes have already started pouring in—and they’re going toe to toe with the original.

KANDY
In just a matter of hours after the original track’s release, KANDY was able to rework it with a well-balanced combination of trap, hip hop, and jungle terror. While keeping the swagger of Rick Ross’s vocals and intensity of the brass, KANDY factored in builds and breakdowns reminiscent of other heavy-hitters like Wiwek and DJ Snake.

Tisoki
Tisoki’s take on Purple Lamborghini might be the most versatile out of every remix on this list. By redirecting the track to more of the OWSLA sound we’re used to, rather than crossing over to the hip hop world, this remix will definitely find its way into sets and mixes all over the scene in the near future.

Check that out here.

Gill Chang
Gill Chang’s remix takes the track in a direction that not many may have expected. By going more of a chill melodic route, the track takes on a much more laid back vibe that still maintains the charm of a heavier beat.

HVZMVT
HVZMVT really takes Purple Lamborghini to the next level with this remix. The hard festival trap sound that completely takes over is not for the faint of heart. This is the remix that’ll have headbangers rocking the guard rails all through festival season.

Virtual Riot Mashup
This is what happens when you smash Excision, Skrillex, Virtual Riotand Rick Ross into one song. Skyts couldn’t have made a better match with this mashup. The more hip hop-oriented Skrillex we know today onto the crazy dubstep from Excision is truly the best of both worlds.