The Chainsmokers Brought Out Desiigner As Special Guest At ACL [VIDEO]

It’s no secret that the man behind one of this year’s biggest hip hop hits, “Panda,” is also one of hip hop’s most divisive members. Desiigner is part of a movement called “mumble rap” which has been putting strain on the genre since its inception, and artists like Lil Yachty are only pouring fuel on the fire.

That didn’t stop The Chainsmokers from bringing Desiigner out as a special guest for Austin City Limits this weekend, who sang (“sang”?) “Panda” for the unsuspecting crowd. The Chainsmokers have become known for their wild special guests, especially after Coachella this year when they brought out Stephan Jenkins from Third Eye Blind, G-Eazy, Tiësto and more.

Chainsmokers and Designer performing together… Can't get better than that 🐼😍 pic.twitter.com/MexnL4trGH

The Chainsmokers were also joined on stage by Phoebe Ryan who helped sing their newest song, “All We Know.” 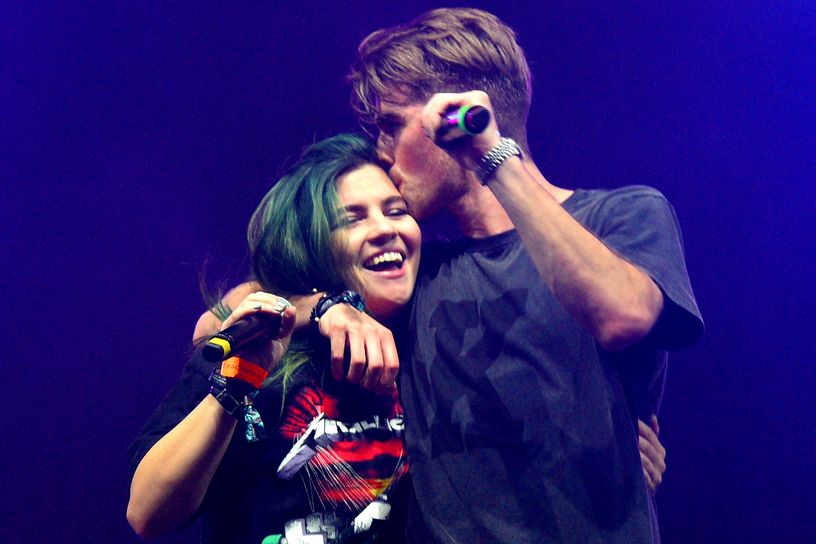