Hot off releasing two new tracks, Gorillaz has even more news to share. The band just announced new tour dates, plus a Los Angeles edition of their Demon Dayz Festival.

The new Gorillaz tour dates includes stops in Chicago, Boston, New York, Toronto, Montreal and Philadelphia, all in October. Little Dragon and The Internet will be providing support for the tour. We hope Gorillaz adds more tour dates, but they did extensively tour America last year. No promises there, we think.

Los Angeles gets a date too, the biggest date of all: an American edition of the Demon Dayz Festival. The first festival took place in London last summer, and included Noel Gallagher, Vince Staples, Grace Jones and more. The festival pretty much featured all of Gorillaz’ collaborators, so it was a huge deal. The lineup for this festival will be announced on June 4, and tickets go on sale June 8. The festival itself will take place on October 20 at the Pico Rivera Sports Arena & Grounds.

All of this of course follows the release of two new tracks from their album The Now Now, which you can listen to here. 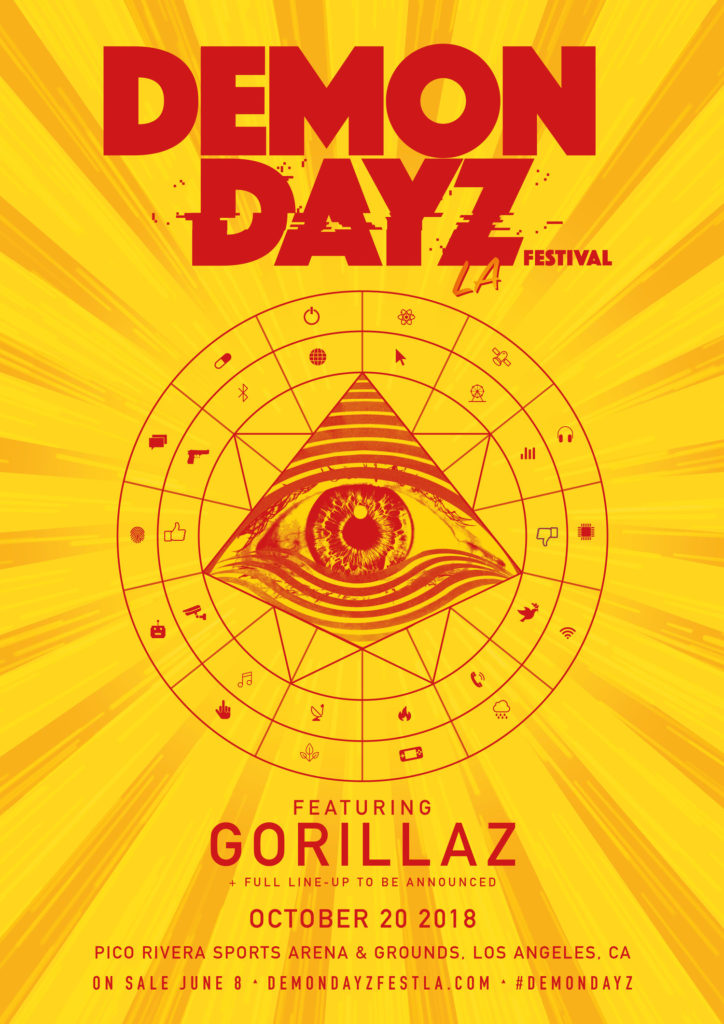