It’s the beginning of the season when major lineups are starting to drop their lineups for 2020. Coachella just announced a matter of days ago, and now Bonnaroo is here with a lineup to rival it. Headlined by Tool, Lizzo, and Tame Impala, the festival boasts a wide variety of artists and an undercard that is just as enticing if not more so than its top tier artists.

Supporting the headliners this year will be Miley Cyrus and Bassnectar on Friday (how weird is it to see their names side by side, by the way?), Flume and Oysterhead on Saturday, and Lana Del Rey, Vampire Weekend, and Rezz on Sunday. Apart from that, you’ll also have the opportunity to see Dabin, Ganja White Night, Tipper, Seven Lions, SVDDEN DEATH, ATLiens, Subtronics, Moody Good, Wooli, Dr. Fresch, William Black, Lick, Boombox Cartel, Peekaboo, LSDREAM, BONNIE X CLYDE, and more.

Leading the Superjam on Saturday will be Sylvan Esso, who had a very quiet 2019 with no released music. Their last album was 2017’s What Now, so perhaps this is a signal they might be releasing something big this year.

Friday’s lineup is particularly appealing to the wook crowd, with both Bassnectar and Tipper on the same day, not to mention Big Wild, Ganja White Night, Pigeons Playing Ping Pong, Lucii, ATLiends, Phutureprimitive, and Luzcid all on the same day. Marc Rebillet also plays Friday, though it’s unlikely he’ll have the same set time as Bassnectar like he hilariously did at Hulaween last year.

Check out the full lineup below. Tickets go on sale Thursday, January 9th at Noon EST via Bonnaroo website. They tend to sell out quickly, so you might also want to try your luck on the secondary market. 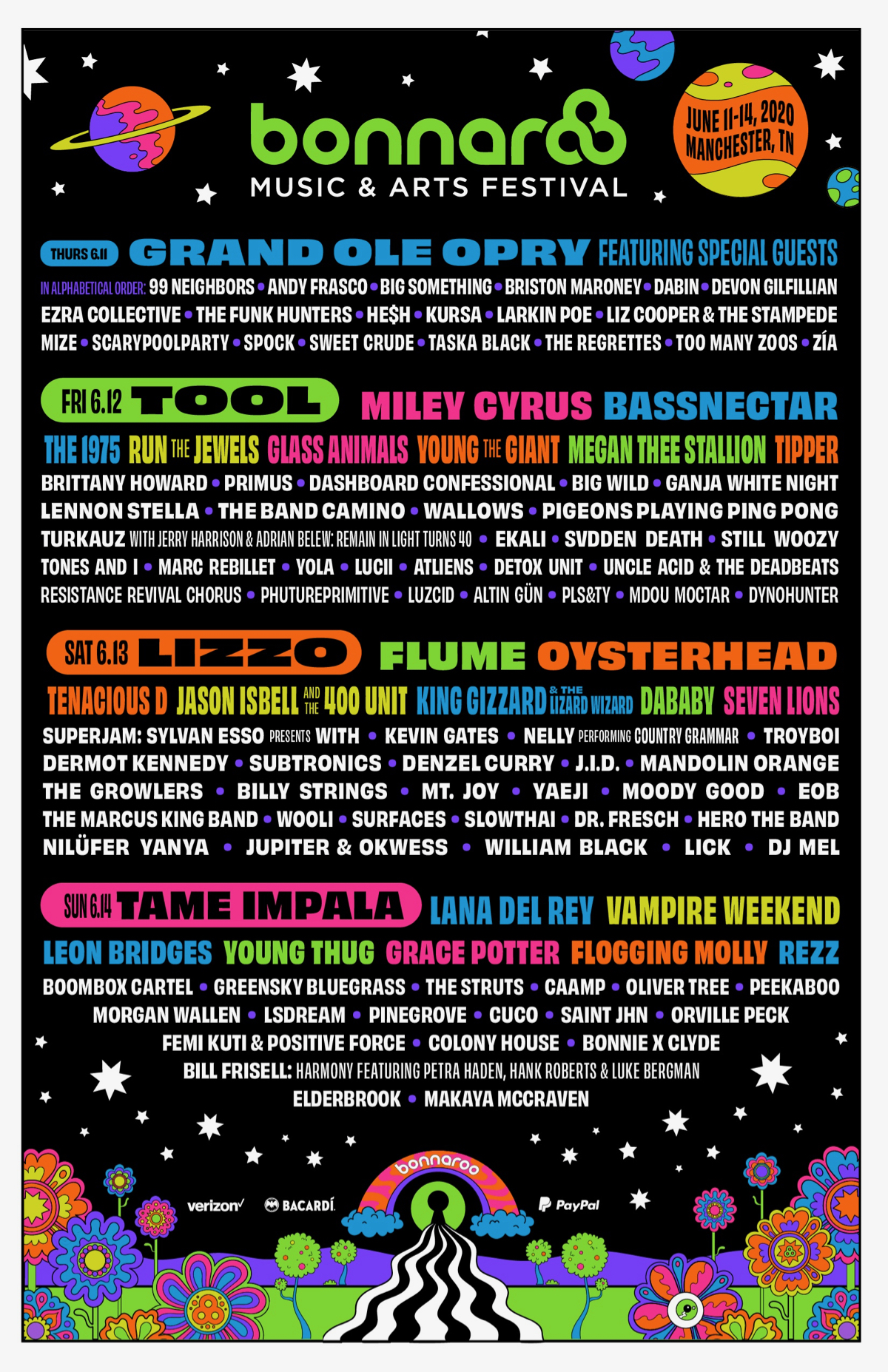