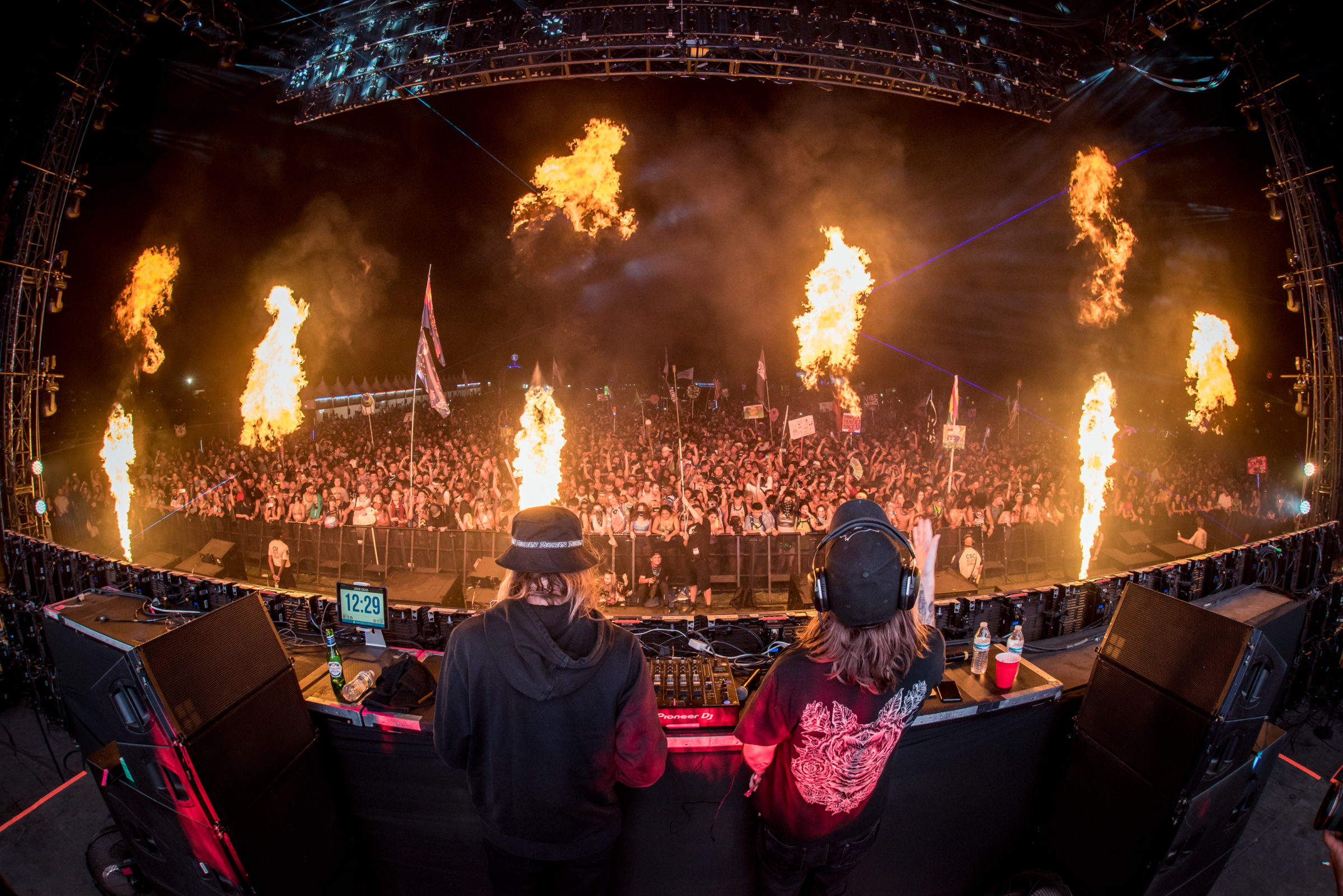 After a considerable number of singles, the full We Are Deadbeats (Vol. 4) compilation is here. Somewhat doubling as a complete Zeds Dead album, the compilation features 14 collaborations with the likes of Deathpact, Subtronics, Delta Heavy, Dion Timmer, Slushii, Champagne Drip, and more.

In terms of flow, this is definitely more of a compilation than a fleshed out album. Tracks don’t necessary fit together from one to the next, there’s a lack of cohesive sound — but that’s pretty much a given considering the variety of artists on the project. That being said, its ability to live in that in-between is definitely a blessing as Zeds Dead can pretty much work with whoever they want in whatever style they want and no one can say anything about it.

Seven of the tracks from the 14-track compilation were released as singles before today, meaning there’s still half the tracks to discover. And there’s still plenty of goodies to explore, I assure you. Collaborations with Deathpact, Champagne Drip, DNMO & GG Magree, Slushii, and the return of Omar LinX with Zeds Dead are all guaranteed to excite and impress.

Zeds Dead says of the album: “We wanted to collaborate with some artists on our label as well as artists that represent the kind of music you’ll hear at a Deadbeats show. We are in the process of finishing our second album, and at the same time have been working on these tracks for our live sets. Over time all these tracks started fitting together like a mixtape or compilation of sorts, and we felt it was a natural evolution of the We Are Deadbeats series we’ve had on the label since it started. It took shape very organically and what was once meant to be a sort of precursor to our album eventually transformed into an album of its own and we’re incredibly happy with how it turned out. That second Zeds Dead album is still coming though!”

Check out We Are Deadbeats (Vol. 4) below and stay tuned for another Zeds Dead album in 2020!

We Are Deadbeats Vol. 4 arrives at the top of the new year after Zeds Dead x Deadbeats announced DeadRocks 7. Already sold out, the seventh iteration of their two day massive headlining show is set to take place on July 2nd and 3rd at Red Rocks Amphitheatre. The seventh iteration of the show follows their 4th annual Deadbeats North American tour, which featured over 100K in attendance, and will take place after dates in San Francisco, Montreal, New Orleans, and Arizona later this year. Tickets are available on their website.