After the craziness of last night’s Night Owl Radio EDC Las Vegas lineup reveal, the official and complete lineup for this year’s Electric Daisy Carnival is here. Featuring over 250 artists, and special back-to-back sets yet to be revealed, this year’s lineup is one of the festival’s most diverse yet.

“In the 10 years since Las Vegas welcomed EDC with open arms, the city has become a second home to me, my family, and many members of our Insomniac team,” says Insomniac Founder & CEO Pasquale Rotella. “EDC Las Vegas 2020 is the culmination of a decade’s worth of imagination and collaboration, and we wanted to celebrate those achievements with a lineup that represents the musical diversity of this amazing culture. I’m humbled by the milestone and grateful to the community, both local and global, that has supported the growth of EDC.”

A large part of that is due to a new stage at the festival: skyLAB. As Insomniac CEO Pasquale Rotella explained last night, skyLAB will be a haven for house heads, featuring pulse-pounding 128 BPM beats all night long. Of course, you’ll still be able to find plenty of house legends at other stages like stereoBLOOM, kineticFIELD, cosmicMEADOW, circuitGROUNDS, and neonGARDEN.

This year’s festival site will be expanded to take up the entire speedway for the first time in EDC Las Vegas’ 10-year history at the venue, which has allowed for the additional stage. We’ll have to wait for the official festival map to see where it’s placed, and how it will affect travel within the festival itself.

As has already been announced, the theme for this year is kineticZEN. “This year, we celebrate mindfulness with kineticZEN,” says Rotella. “Anything that fuels our focus and helps us achieve balance is our zen. For some people, that could be dancing, working out, going for a bike ride or a long drive, or just chilling on the beach and taking in a beautiful sunset. […] Life is full of opportunities for reflection, and in those moments we can visualize the world we want to create for ourselves and for each other.”

Take a look at the complete EDC Las Vegas 2020 lineup below. EDC 2020 goes down May 15-17, passes are completely sold out. Headliners can join the waitlist for GA, GA+ and VIP passes here. 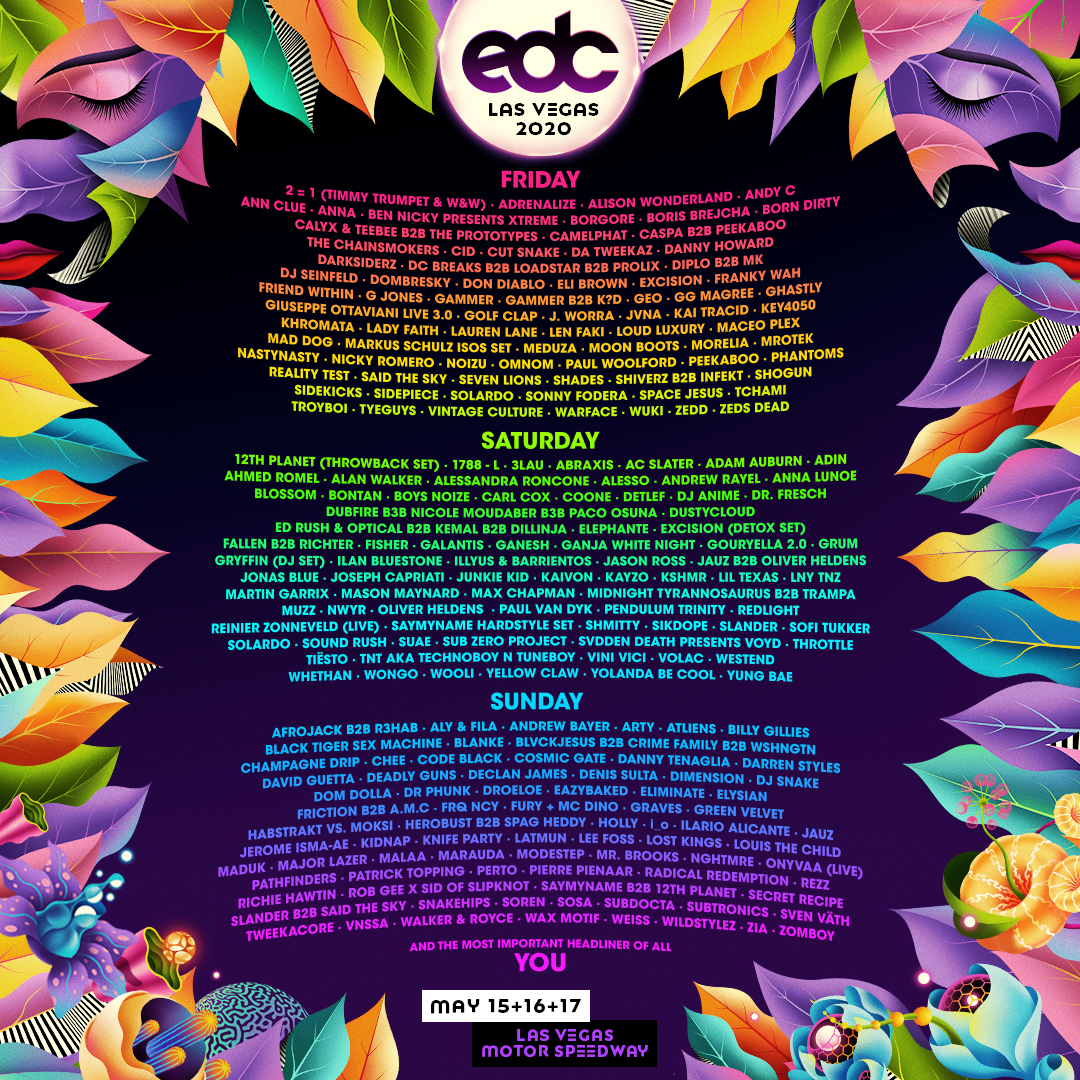 Your EDM Premiere: Progressive Brothers – Love For A Lifetime