Last year, trio Noisia announced their breakup after 20 years. The breakup tour has been postponed due to COVID-19, but that doesn’t mean that individual members aren’t already working on new solo material… or collaborative.

Noisia’s Thys was tired and bored so he decided to do an AMA on Twitter. One of the questions from a fan was, “What is ILY?”, referring to the tweet below.

His answer has us on the edge of our seats: a Thys x Skrillex collaborative project. “Let’s see what ever comes from it, but we are off to a great start with that name, and that set at OOST!”

Like any Skrillex project, we haven’t heard anything yet and who knows when we will, but we’re hyped. 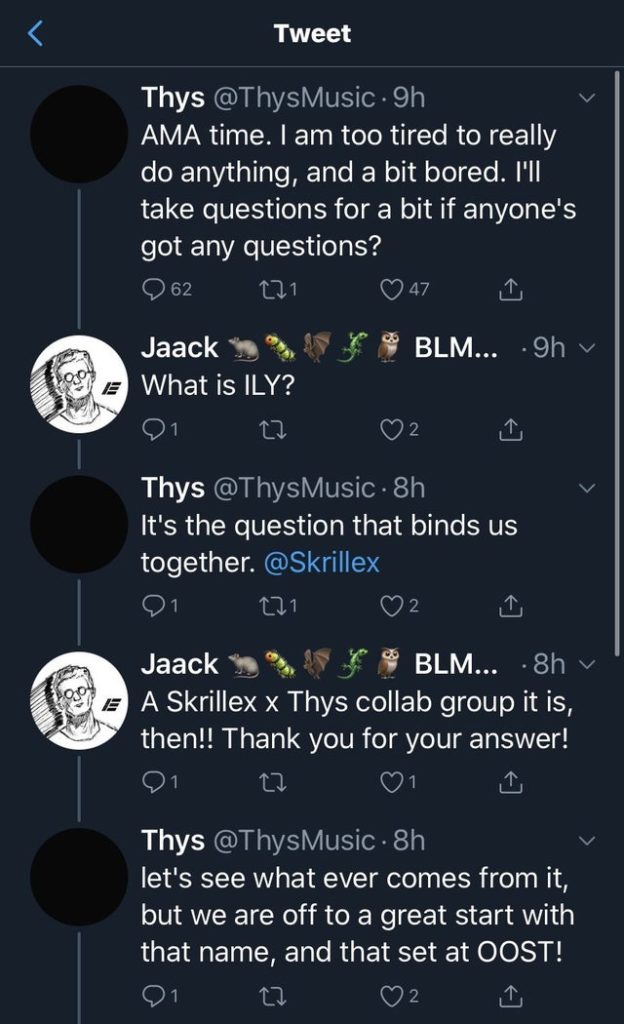 The name ILY is already all over Spotify, including an artist with over half a million followers, so we’ll see if the name sticks. But as Shakespeare wrote, a rose by any other name would smell as sweet.

Revisit the two’s set from OOST below, where you can hear Skrillex even say, “The first debut of ily.”

via Run The Trap