Will Skrillex ever drop a new album? Who knows at this point. But it’s an undeniable fact he’s been in the studio with a lot of heavy hitters, including one of The Beach Boys, as well as Scott Storch and Incubus’ Mike Einziger. This past weekend, he also posted a story from inside his studio with Mike D of The Beastie Boys.

Skrillex’s affinity for classic artists is well-founded. Even back in 2011, he was working with The Doors on “Breakn’ a Sweat.” And his production resume between all of his own songs is so fully bolstered with huge names, even Kanye West now, no one could say no to working with him.

For Mike D, the combo with Skrillex is undeniable though we’re yet to hear what will come of it, like all the other teasers he and his team have been sharing.

Time will tell what all of these people would have in store with him, but we’re still excited at the moment nonetheless. 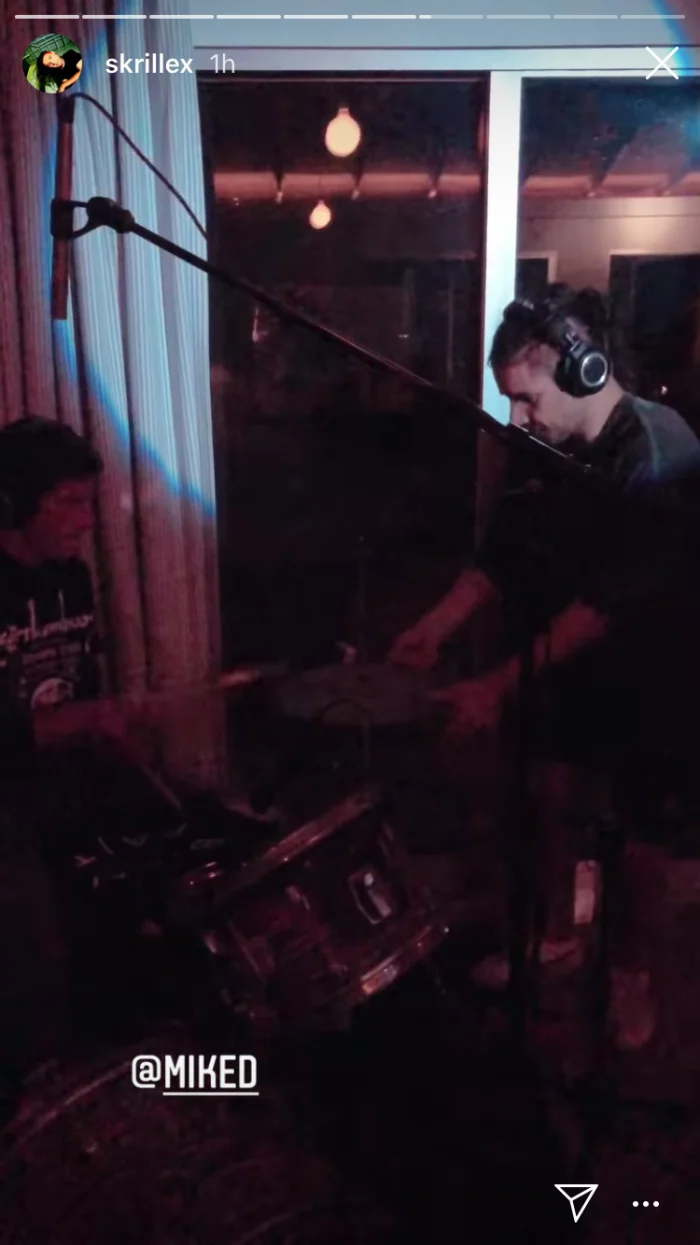