The first run in the remix series features music from REMNANT.exe and Deadcrow

The inaugural remix competition from RL Grime’s label Sable Valley is on.

First up to bat, REMNANT.exe and Deadcrow have dropped their stems on Sable Valley’s official Audius account and submissions are open until May 7. Remixers can choose from REMANT.exe’s “Singularity” and Deadcrow’s “Fallout” and “THERA” to share their creative visions.

Sable Valley is encouraging as many producers as possible to join in on the competition series, and this is the first of more coming through. To enter, download stems, make your remix, and upload back into to the Audius platform by the deadline, tagging the original so that it threads beneath for maximum visibility.

Per a press release, Sable Valley’s Discord community will then vote upon the remix submissions and semi-finalists will be selected and “co-signed” on Audius, an engagement between fans and artists only available on the Audius platform.

Ultimately, the Sable Valley team, including RL Grime himself, will choose two final winners for an official release on the buzzing Los Angeles label.

Explore the tracks here and get started! 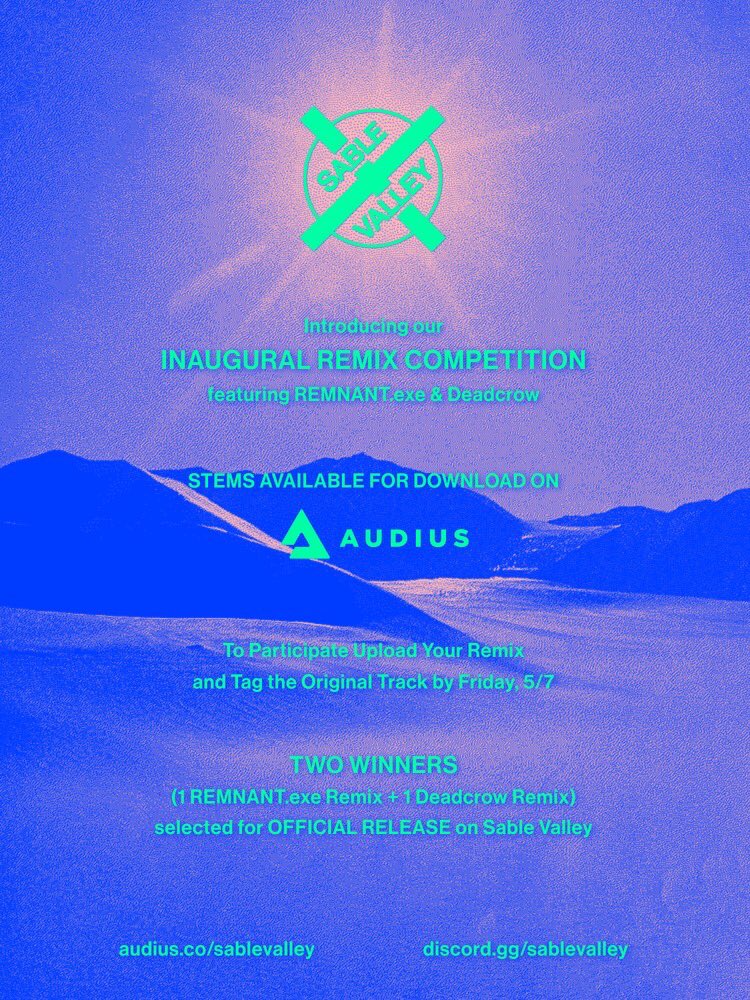