For the first time in its history, ULTRA Worldwide is heading to the Middle East.

In 2008, Ultra began transporting the unrivaled experience from the Miami flagship festival to destinations around the globe with ULTRA Worldwide. The brand produces international festivals in all six inhabited continents, having hosted events in more than 30 countries including Argentina, Australia, Brasil, Chile, China, Colombia, Croatia, India, Japan, Korea, Mexico, Singapore, South Africa and so many more.

From March 4-5, ULTRA Abu Dhabi will take place at the largest open-air venue in the region, Etihad Park. The expansive venue is located on Yas Island, one of the world’s fastest growing leisure and entertainment destinations and a pinnacle of luxury in the United Arab Emirates.

The festival will host two stages — the Main Stage will predominantly house the festival’s bombastic, stadium-smashing sounds, while ULTRA Worldwide’s house and techno brand RESISTANCE will host a stage boasting some of the festival’s best-loved underground acts.

Tickets for ULTRA Abu Dhabi can now be purchased online at https://www.ultra-abudhabi.com. 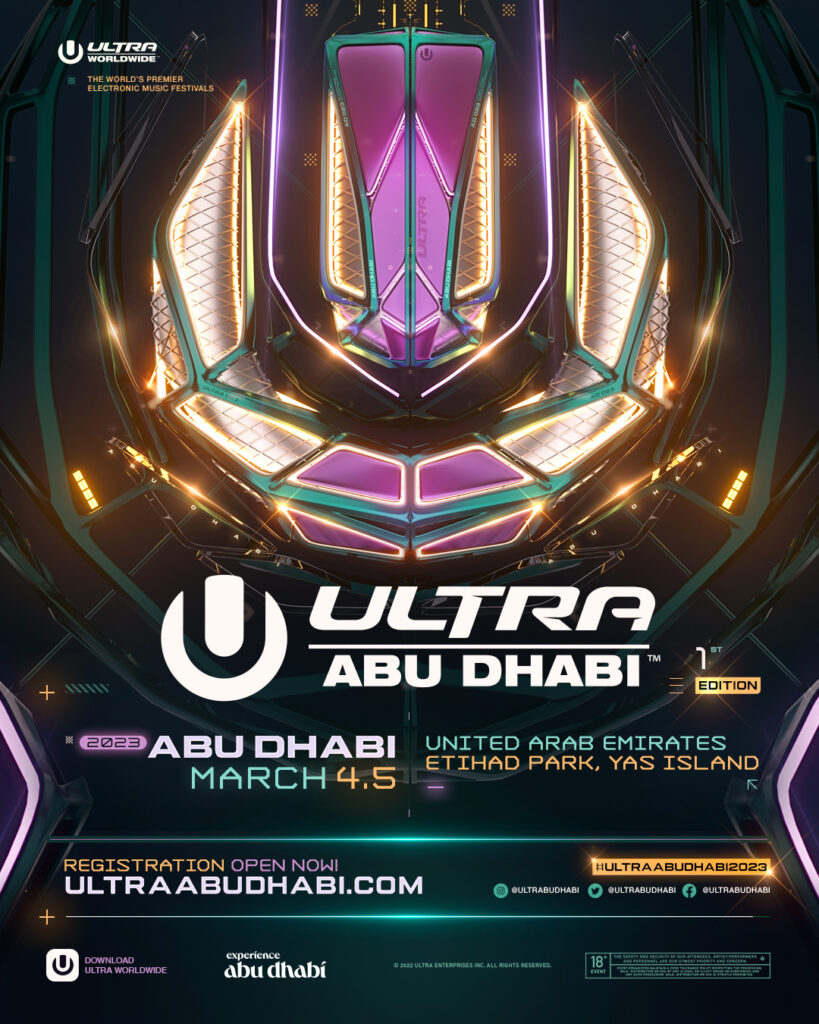