Processed with VSCOcam with f2 preset

Haywyre’s debut Monstercat album, and what was actually the first artist album ever put out by Monstercat, was so good that it landed at #9 on our Top Album list for 2014. In the time since, Haywyre has toured with Zedd, Mat Zo, Gramatik, and headlined his own small tour. He’s released various additional singles on Monstercat, as well as moving to Vancouver for good and focusing 100% on music.

Though Pt. 2 is nine tracks versus Pt. 1’s eight, the album itself is actually four minutes shorter; and at only 29 minutes, it doesn’t seem like enough time for Haywyre to really get into the groove of things and put forward a complete or cohesive album. That’s where you would be wrong.

The album begins with the pairing of “I Am Me” and “I Am You,” immediately connecting with the listener and setting his own identity apart in one fell swoop. The former takes the softer and more introductory role while the latter is the true “beginning” to the album, employing all of Haywyre’s accumulated knowledge and hitting a home run right off the bat.

“Restraint” is a curious one, acting as an interlude in the first third of the album, and following only the first two tracks. It’s an odd choice for an interlude, considering he could have fit a complete, additional track there, but bearing to mind the track following it… we’ll let it slide.

“Impulse” is my personal favorite from the bunch. As I wrote in my track review, everything about it is unconventional; from the off-kilter drop, to the synths used, to the subtle and almost imperceptible chimes, to the perfect drum fills. If Haywyre wanted another alias as a drum & bass producer, he’s proven that he can handle it with this tune.

He follows it up with another already-released single, “Do You Don’t You,” another dichotomous track title, featuring one of the freshest future house basslines in recent memory. “Moment” and “Memory” are unfortunately rather forgettable, albeit impeccably produced. The latter is a funky little number that definitely gets the feet moving, but in the scope of the album, it’s easily outshone. That leads us to “Transient,” an orchestral piece without much actual electronic influence, a longer interlude of sorts before the final track of the album.

“Endlessly” is quite possibly the perfect ending to this album. It’s uncompromisingly powerful and epitomizes Haywyre’s deft ability behind a keyboard.

It’s difficult to really compare one part of the Two Fold series to the other… so I won’t. All I will say is that Pt. 2 is a phenomenally well-produced album and a perfect follow-up to one of our favorite albums of 2014.

Haywyre begins his Two Fold Pt. 2 tour this Thursday at the Mezzanine in San Francisco. Links to each date, as well as links to support the album, can be found below. 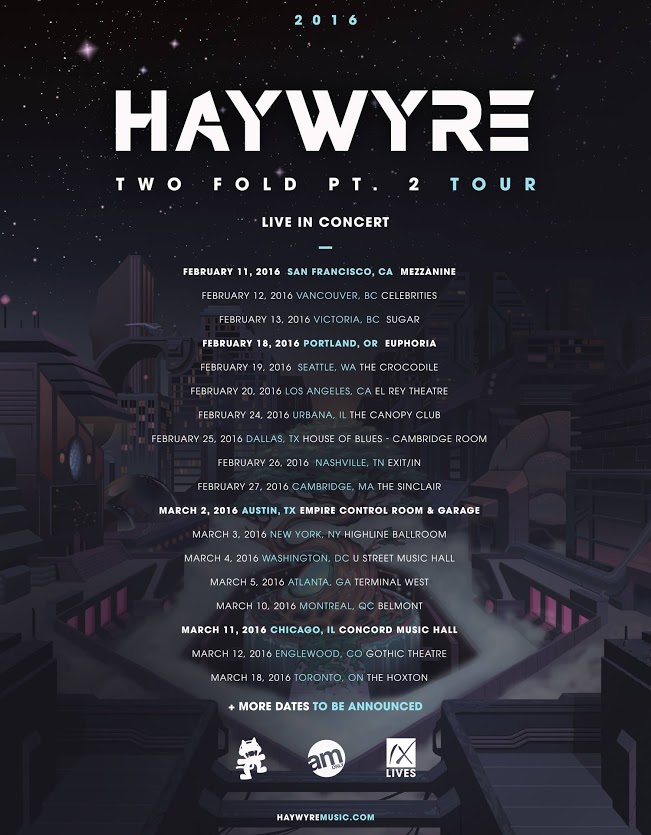 Eric Prydz Sits Down With Zane Lowe To Talk Production, Swedish House Mafia And “Call On Me”

Eric Prydz Sits Down With Zane Lowe To Talk Production, Swedish House Mafia And "Call On Me"