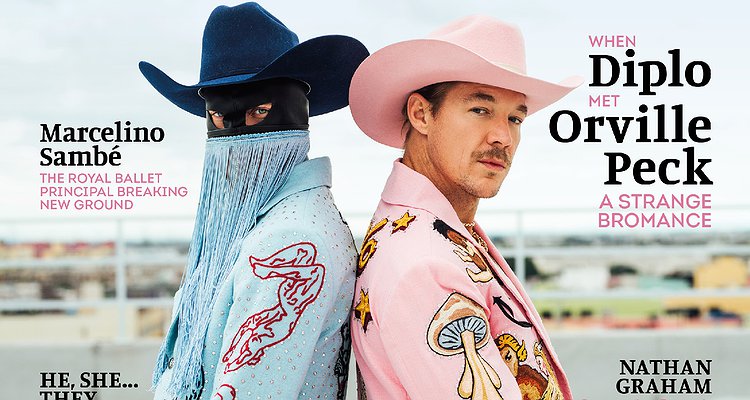 Diplo is giving the LGBTQ+ community major credit for all they’ve done for music — and yes, queen — we’re here for it!

Diplo and Orville Peck grace the cover of Attitude‘s May issue, in which the superstar DJ/producer opens up about underground music and culture, a movement which he attributes largely to the queer community.

It’s always been the queer artists that have changed the way music exists. The original guys who were creating hip-hop were queer. House music, Baltimore Club, New Orleans bounce music — every time there’s a genre that falls out of nothing, it’s always been kind of like the queer scene that created that. It’s always been in the underground.

I think that’s back to the fearlessness because when you have that energy — the masculine energy, the feminine — you’re taking all the risks because there’s nothing to lose.

The interview is out now via Attitude magazine. See a preview of the cover story here — and download or order globally to read in full.