Diplo may be a father again…

Although Diplo hasn’t made an official announcement, previous comments on social media strongly suggest he’s the “daddy” (see below). Miss Trinidad and Tobago Universe 2014 confirmed Pace was born on March 20, 2020 via Instagram — and he liked the photo. She’s been documenting her pregnancy along the way and there’s been much speculation Diplo is the father.

Diplo is also a proud dad to his sons Lockett and Lazer, both with his ex-girlfriend Kathryn Lockhart. Unfortunately, he’s been forced to social distance himself from his family at this time, which he opened up about in a heartfelt post.

Congrats to Diplo and Jevon! 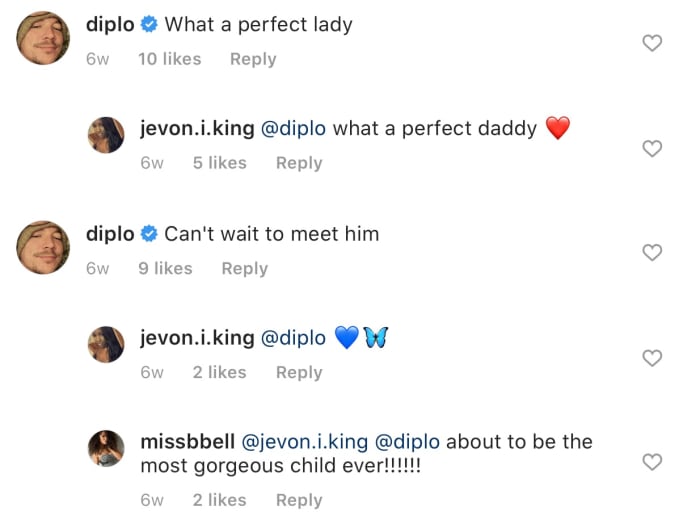 REPORT: Coronavirus May Cause Shortage In Condoms