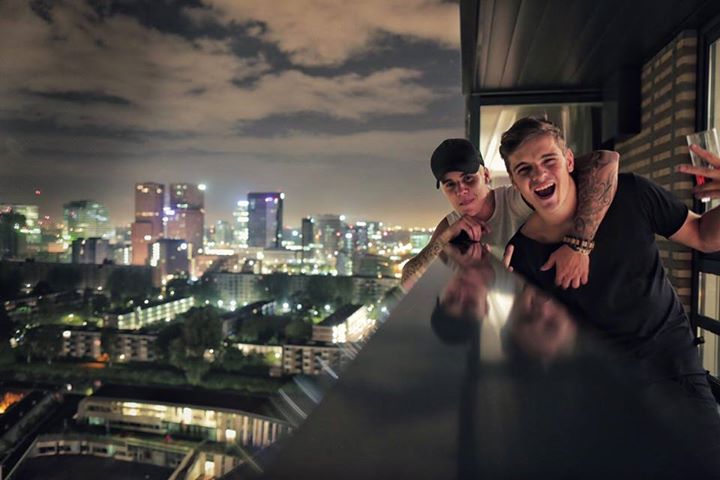 Martin Garrix and Justin Bieber were caught together yesterday in Amsterdam, presumably just hanging out and having a good time. While this picture in no way indicates that the two are collaborating, it’s an interesting concept that is worth looking into.

Both Garrix and Bieber are managed by Scooter Braun, who has been instrumental in bringing both of their careers to the pinnacle of EDM and pop, respectively. Since Justin Bieber’s foray into EDM with the massive collaboration “Where Are Ü Now” with Jack Ü, his career has been reignited and has seen him perform at the VMAs for the first time in 5 years to huge fanfare.

Likewise, Martin Garrix has been collaborating outside of the strict EDM sphere, with tracks featuring huge international superstars like Usher and Ed Sheeran, not to mention an official remix for The Weeknd. A collaboration with Justin Bieber would be a huge addition to his already large arsenal of pop collaborators, and would likely catapult both of them to realms only reached previously by the likes of Swedish House Mafia.

As Martin Garrix is already predicted to grab the #1 spot on DJ Mag’s Top 100 this year, a collaboration with Bieber in 2016 would also help him to ride that wave all the way until his debut album, whenever he decides to announce it (but we know it’s coming). Likewise, a Garrix collaboration on Bieber’s next album would work well in both their favors, especially since Bieber has said that his album will sound a lot like “Where Are Ü Now” thanks to Skrillex.

While there has been no indication whatsoever of a collaboration on the horizon, the fact that it could happen is enough to keep us on the edge of our seats.