The title says it all, really; when a festival’s first round of lineup announcements are dope enough to be the entire event, you know the crew is doing something right.

And since Camp Question Mark is the crew in question, it’s really no surprise that the bill for this year’s Emissions Festival is already so incredibly stacked. We’ve had the pleasure of attending this grass-roots event for the last three years running and it is always the absolute definition of West Coast bass culture; this time around, however, they’ve truly pulled out all the stops. There are so many amazingly talented artists creating multitudes of diverse styles on this lineup, we legitimately don’t even know where to begin. Hip-hop legend, The Grouch, turntablist extraordinaire, DJ Q-Bert, and future bass all-star, Minnesota, sit in the pre-defined ‘headliner’ slots, but the hype is just beginning there. Slumberjack, Ivy Lab, X&G, and many more mind-bending music makers all make appearances alongside a collection of all your favorite West Coast beat hustlers. The festival will also be the US debut of BIOS: head honcho of the untouchable Saturate! Records. Oh, and did we mention there’s a beach stage on the banks of the Feather River? Yeah, that’s a thing.

In short, Emissions is going to be one of the best parties of the year and you should definitely be there. Tickets can be purchased on the festival’s website; we highly recommend grabbing yours sooner rather than later. In the meantime, check out the stunning full lineup after the jump. 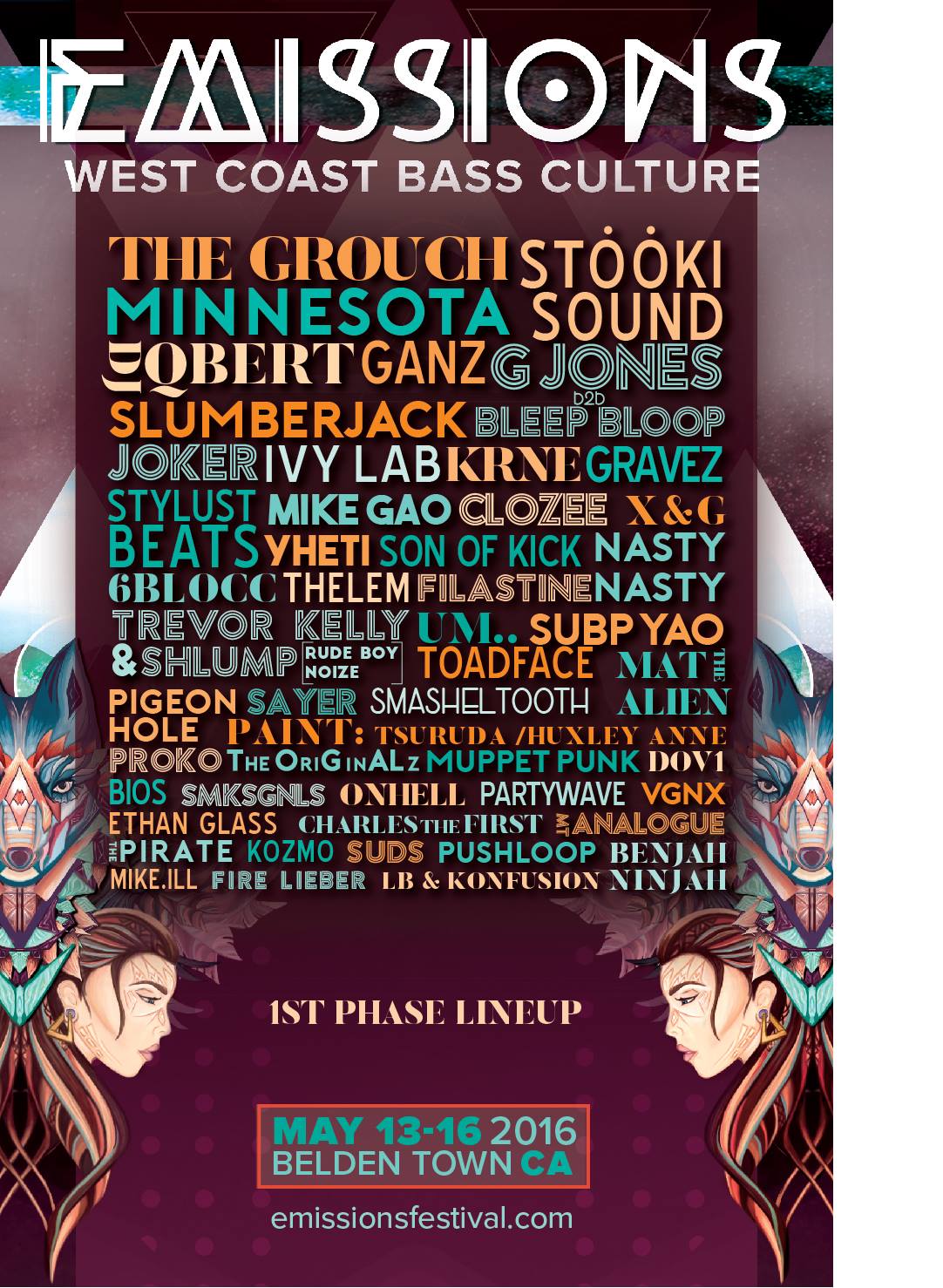 Too stoked on that lineup and don’t want to wait until May to get hyphy? You’re in luck! The Emissions Pre-Party goes down this weekend and it is definitely going to be one for the books. SHADES (Eprom + Alix Perez) will be making their Bay Area debut and that alone should be enough to get you out of your seat; if not, just know that Bleep Bloop, NastyNasty, and a handful of other sub-conscious acts are on the bill as well. It all goes down at 1015 Folsom in San Francisco; we hope to see you on the dance floor! 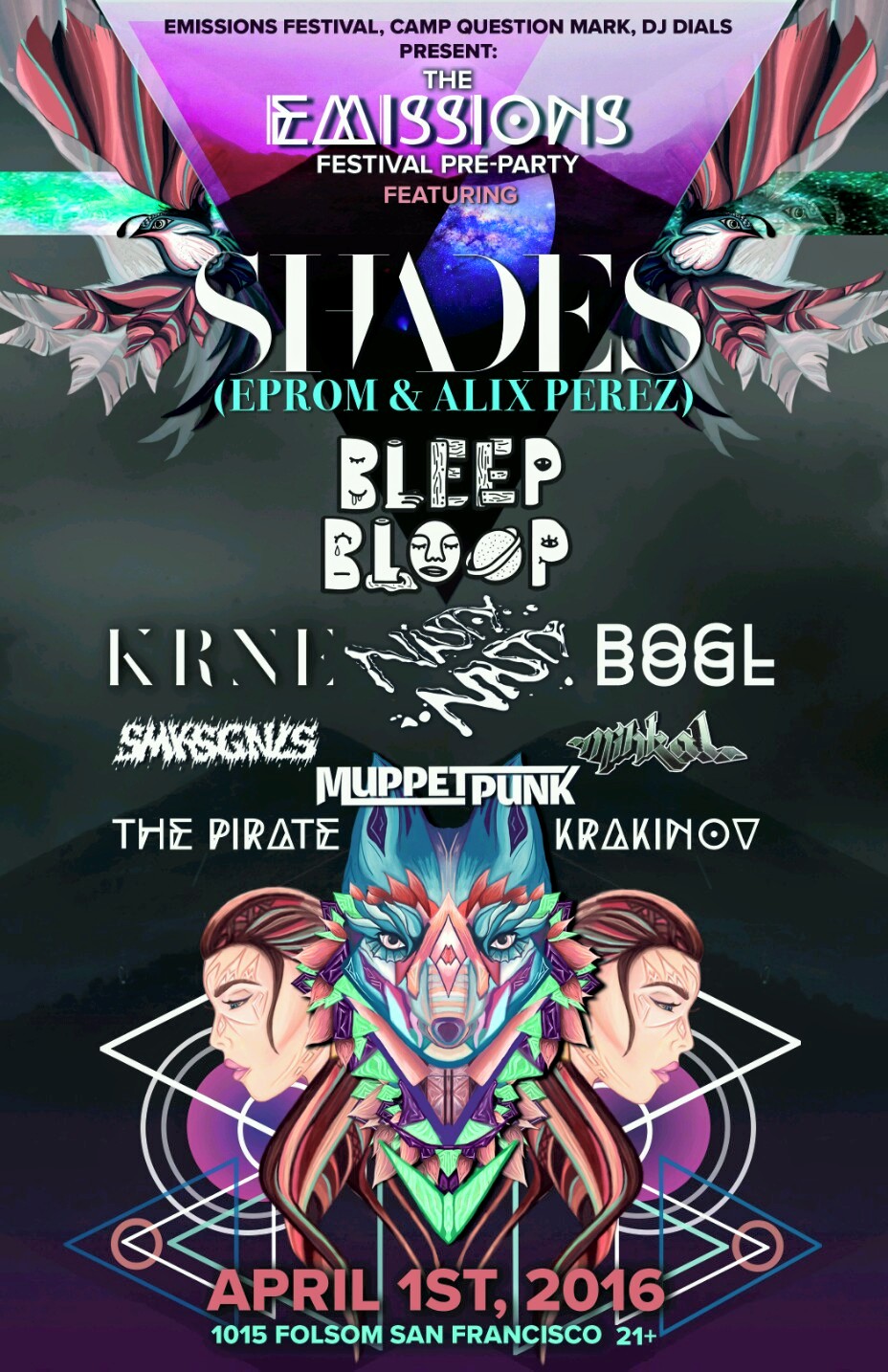