With the outbreak of coronavirus (COVID-19) gamers and DJ/producers alike are collaborating and taking to live stream to share their talents. Second Aether is on another level, however, with a full-fledged lineup over two days later this month. The flyer includes dozens of artists getting involved.

Second Aether is positioned as “a tribute event to Porter Robinson’s Second Sky.” It’s expected to be held on virtual grounds that resemble the music festival’s actual grounds over March 28th & 29th. 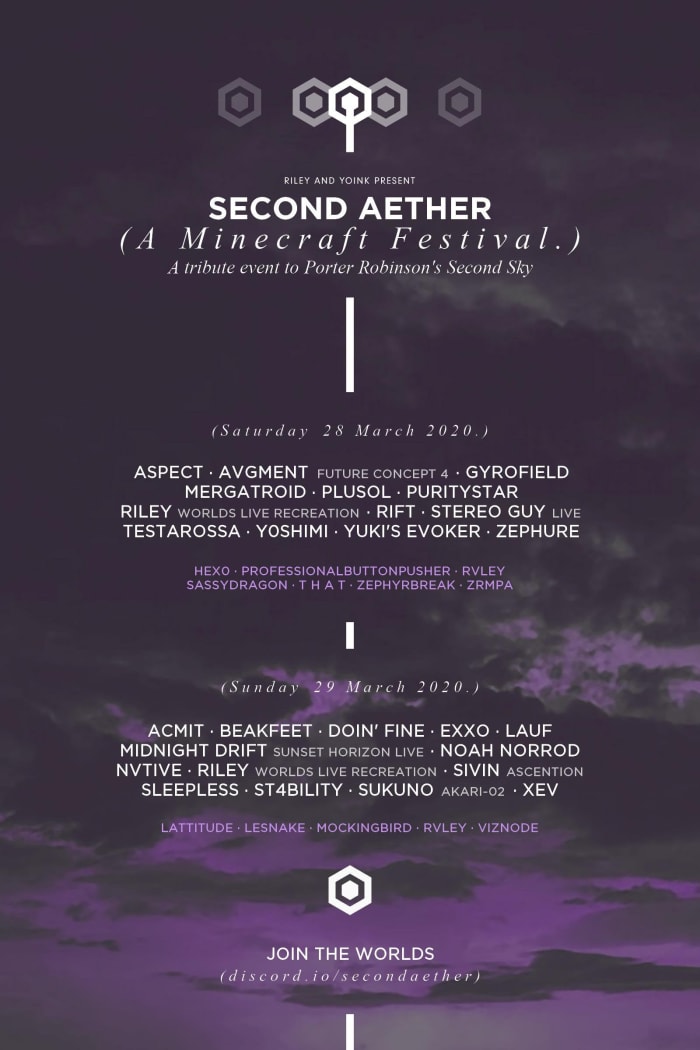 All Events At Red Rocks Suspended Through May 11