Martin Garrix has stayed grinding in the studio through the pandemic — and most recently, he was spotted with go-to collaborators John Martin and Michel Zitron.

This same trio first teamed up on the 2016 STMPD RCRDS release “Now That I’ve Found You,” which features the Swedish singer-songwriter duo stylized as John & Michel. Zitron went on to collaborate with Garrix again for “Hold On” with Matisse & Sadko in 2019 and “Higher Ground” in 2020.

The screenshot below captured from Garrix’s Instagram story shows the producer kicked back in studio with the two in Stockholm. Although there’s no video recording of the session, we can almost guarantee they’re cooking up another Garrix hit together.

With every move he makes, Garrix continues to make headlines. Recently, he and Bebe Rexha hit one billion Spotify streams for their emotional banger, “In the Name of Love.” Meanwhile, he’s gearing up to release new music under his AREA 21 alias with Maejor.

As for what comes of this studio session, we’ll keep you updated. See below. 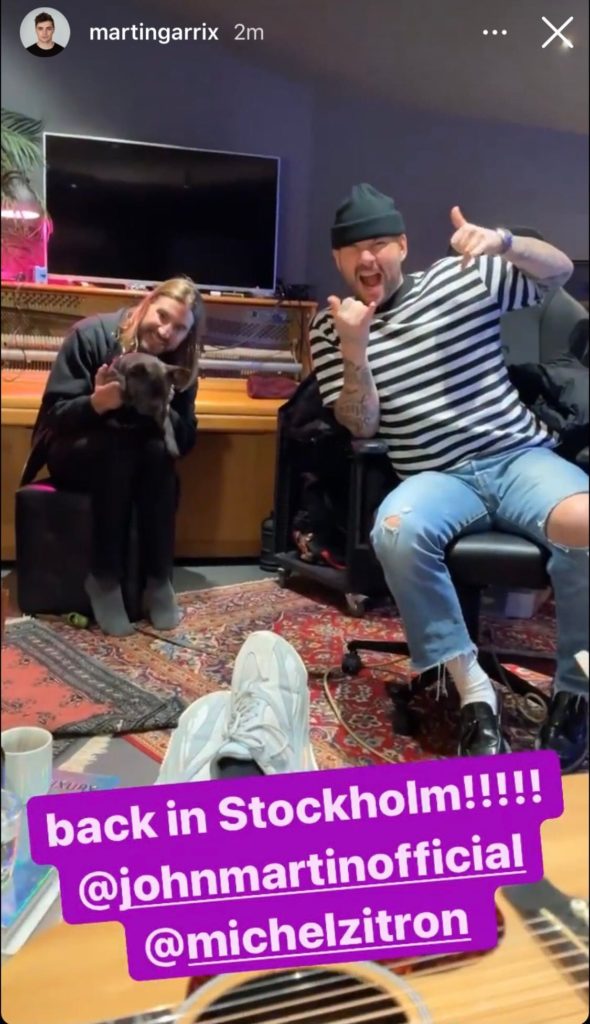 Tomorrowland to Debut Rollercoaster Attraction at Plopsaland Theme Park in 2021